Night of the Spirits 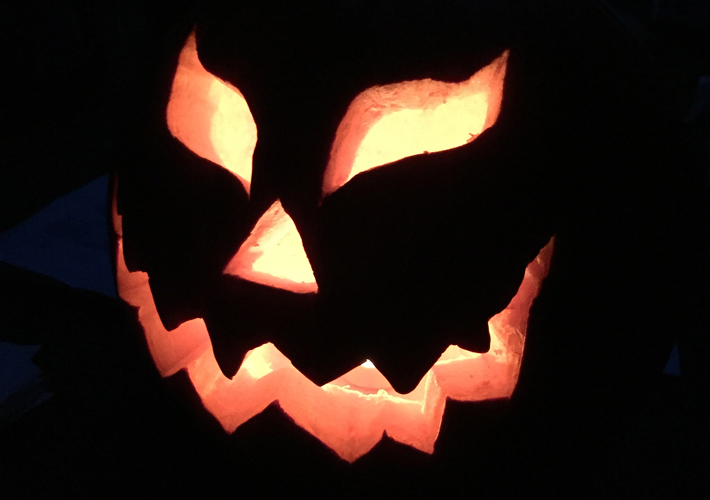 Modern Halloween is a combination of Samhain traditions—many brought to the United States by early Irish and Scottish immigrants—and end-of-harvest practices brought by other European immigrants, with the Christian All Saints’ Day superimposed on it. But Samhain may be its closest ancient relative.

“Halloween is the direct descendant of Samhain and has managed to survive through the centuries in spite of the ‘tacking on’ of All Saints’ Day by those who Christianized Ireland,” says Eamonn Kelly, former Keeper of Antiquities at the National Museum of Ireland. “The spooky stuff that we associate with Halloween, such as ghosts, the dead entering our world, and communing with spirits, can be traced to Samhain, which centuries of Christian tradition never completely managed to stamp out.”

According to Irish mythology, Samhain was a time when doorways to the spirit world were opened, allowing the dead to visit the living world. Some spirits were considered friendly, while others were not, and the Celts created ways to appease them. Food or sacrificial offerings were left outside homes and, in another tradition, revelers visited homes in costumes or disguises and recited poems or verses—all origins of trick-or-treating. Likewise, Celtic druids often offered prophecies on Samhain, not dissimilar to ghost stories told today. An Irish text that dates to the tenth century, Nera and the Dead Man, tells of a man who accepts a dare during a dark and stormy Samhain to tie branches around the body of a hanging dead man. As he does, the dead man suddenly comes to life and asks Nera to carry him on his back. “And of course,” says Kelly, “we have the ever-present Halloween bonfires, following the same exact same type of ritual that could have taken place at the Hill of Ward during Samhain.“