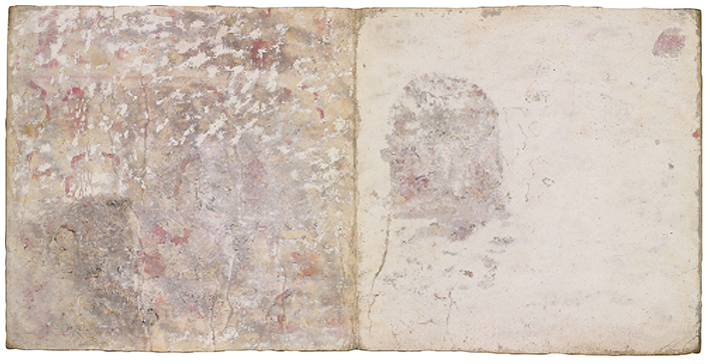 In the mid-1500s, a family of the Mixtec people in Oaxaca, Mexico, recorded their historic deeds in a book now known as the Selden Codex. But books were scarce at the time, so they took an old text, covered it with white gesso, and then painted their new narrative on top. Now researchers in the Netherlands and the United Kingdom have been able to use a technique called hyperspectral imaging to see parts of the older text without damaging the newer one. The images are not sharp enough to read or date the glyphs, but several identifiable figures have emerged, including a line of spear-carrying men possibly marching off to war.