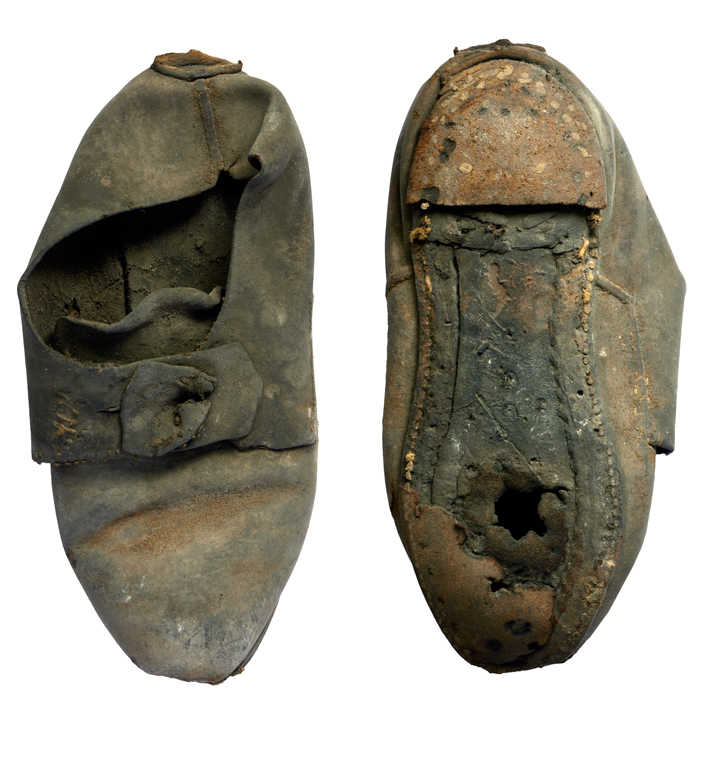 St. John’s College at the University of Cambridge has been, over its more than 500-year history, the educational home of prime ministers, Nobel Prize winners, pioneers of science, artists, actors, and poets. It is fair to say that probably none of them knew that hidden behind a wall of the Combination Room, where they often met to chat and have tea, was a very old shoe with what Cambridge Archaeological Unit archaeologist Richard Newman calls a “long and eventful life.”

Found during recent renovation work, behind the wainscoting between a window and a fireplace, the well-worn shoe was put there almost three centuries ago as an apotropaic item intended to ward off evil and bad luck. Popular magic of this kind was a relatively widespread phenomenon in England between the sixteenth and mid-nineteenth centuries, with shoes being the most common items secreted, explains Newman. While the discovery of concealed items is by no means uncommon, he says “it’s always exciting because practical magic represents a silent tradition—there is no documentary record of the practice of concealment—and archaeology allows us to explore an otherwise little-known facet of the social lives of those in the past.”

Excavated artifacts are rarely reburied, but the shoe has been reinterred in the wall, along with several modern coins—the placement of coins during building repairs is also a long-standing tradition at St. John’s. “In this particular instance, I think that the context of the artifact as a deliberately placed apotropaic item outweighs its archaeological significance,” says Newman. “Once it was studied and recorded, I believe that replacing it, and thereby respecting the original desire to conceal it, was the right choice.”