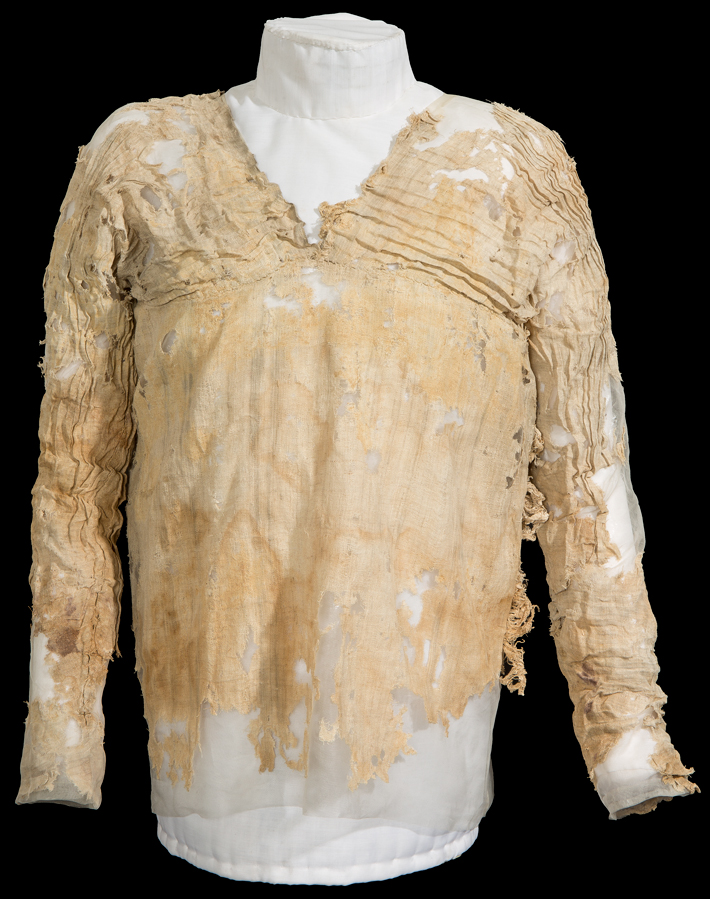 It’s almost impossible to imagine that an item of clothing worn thousands of years ago has survived to the present day. But the “Tarkhan Dress,” named for the town in Egypt where it was found in 1913, has endured—and has now been precisely dated using the latest radiocarbon dating technology. Researchers have determined that the very finely made linen apparel dates to between 3482 and 3103 B.C., making it the world’s oldest woven garment. Alice Stevenson, curator at the Petrie Museum of Egyptian Archaeology, says, “The dress has provided people with a real sense of the antiquity and longevity of the ancient Egyptian state and society.” To read more about research on the dress, go to “Dressing for the Ages,” from the May/June 2016 issue.