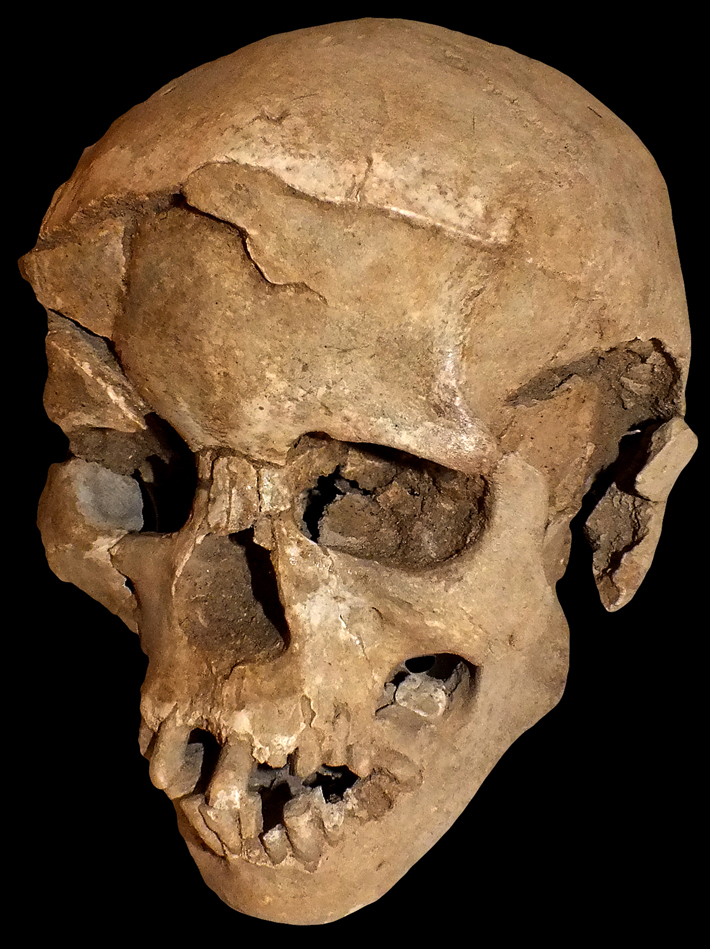 Organized aggression is typically associated with disputes over ownership of land or possessions. But the 10,000-year-old remains of 27 individuals discovered at what was once the southwestern edge of Kenya’s Lake Turkana suggest that this may not always have been the case. The unburied bodies, found at a site called Nataruk, were of hunter-gatherers and were unaccompanied by evidence of settlements or valuables. Instead, they paint a picture of pure carnage: The bones of 21 adults and six children show lesions most likely resulting from arrows and clubs. Weapons found at the site were made from obsidian sourced from afar, indicating the attackers were not local.

University of Cambridge archaeologist Marta Mirazon Lahr believes that people have always been prepared to fight for what they want, and that the formation of groups results in cultural divisions, thereby justifying warfare. These preconditions for battle “have existed for a very long time,” she says, “independent of the development of farming, material wealth, civilizations, and social hierarchies.” Within this context, the simple choice to hunt or feast on the beach at Nataruk, a plum spot on a lake almost fully encircled by mountains, where animals came for food and water, could have sealed the deceased’s fate.