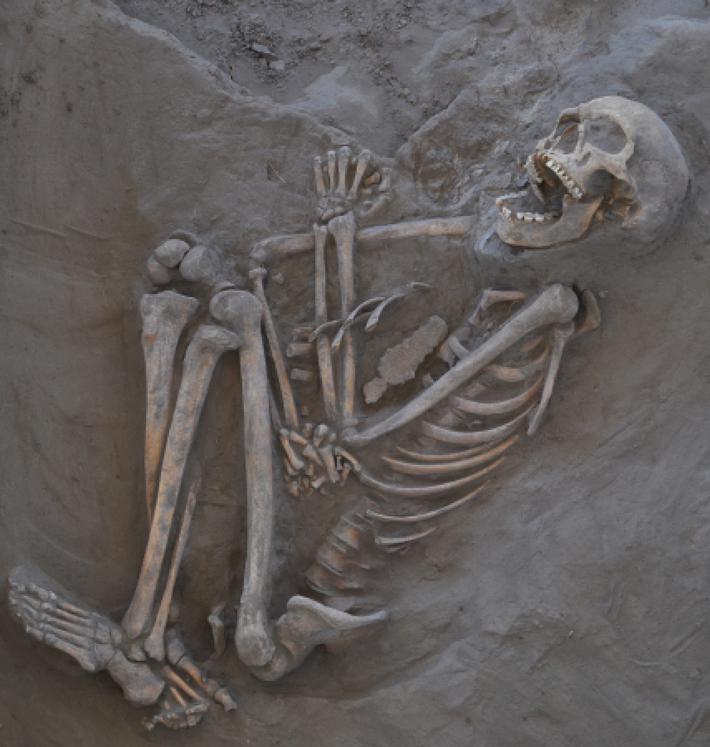 While on survey in a national park in southern Australia, archaeologists recently discovered a male skeleton eroding out of a riverbank. Dubbed Kaakutja, or “older brother” in a local language, the man had a fatal six-inch gash in his skull. When Griffith University paleoanthropologist Michael Westaway first examined the skull damage, he thought “it looked similar to steel-edged weapon trauma from medieval battles.” But radiocarbon dating of Kaakutja’s skeleton shows he died in the thirteenth century, well before Europeans reached Australia and introduced metal to the continent. Westaway concluded that the wound was likely caused by a heavy war boomerang or a sharp-edged club known as a lil-lil, both of which are depicted in Aboriginal rock art. “Kaakutja’s trauma is unique in that it is the first recorded case of edged-weapon trauma in Australia,” he says. The lack of defensive wounds to the man’s arms suggests he may have been attacked while he slept, which, according to nineteenth-century ethnographic accounts, may have been a common tactic in prehistoric Australian conflicts.