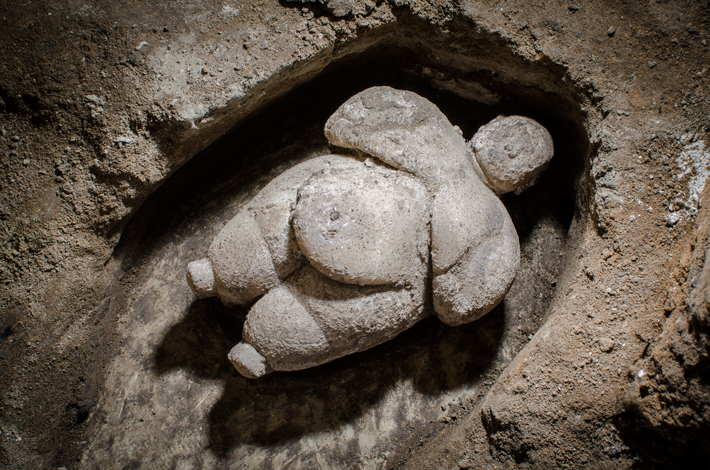 In a Neolithic dwelling at the site of Çatalhöyük in southern Turkey, archaeologists have uncovered a limestone female figurine that is at least 8,000 years old. While many such figurines have been found there previously, most are made of clay. Further, few display the kind of high-quality craftsmanship and level of detail evident in this example, which, excavators say, would have been executed by a skilled artisan using flint or obsidian tools. Interpretations of these robust female figurines differ. Some researchers consider them fertility goddesses, while others suggest they may represent older women of high status in the community.