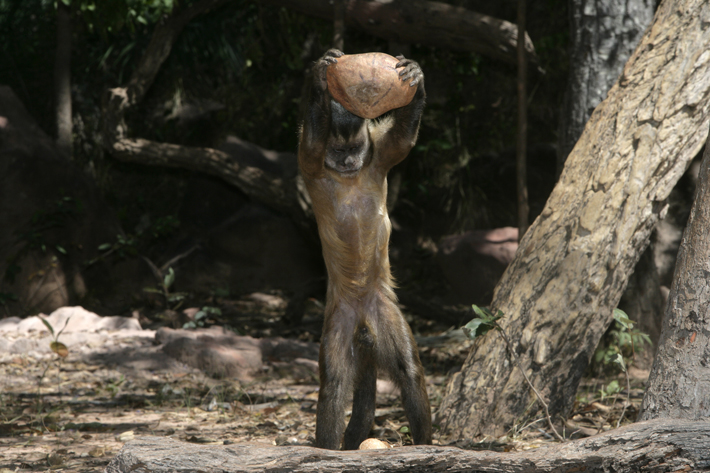 There are fancy obsidian blades from Mesoamerica and deftly knapped Clovis points, but many stone tools look, to the uninitiated, like … well … rocks. This is especially true of some of the simplest, oldest human-made artifacts. But there are reasons that a paleoanthropologist can pick up a seemingly random rock and say, “This was made by human hands.” There’s more or less no known natural mechanism that breaks certain kinds of rocks in a way that makes sharp edges, or knocks consistent flakes off a larger core. Spot those useful edges or flakes, and you almost certainly have an intentionally made tool. However, according to new research, that’s no longer strictly true, thanks to some bearded capuchin monkeys in northeast Brazil.

Researchers from the University of Oxford’s Primate Archaeology Research Group and the University of São Paulo recently found that these monkeys actually create “artifacts” that could be mistaken for human-made stone tools. The monkeys smack rocks together, for reasons that aren’t clear, but may involve licking the broken surfaces for silicon, an essential trace nutrient. Sometimes the rocks break in ways that create flakes or leave the broken rocks with sharp edges suitable for cutting or scraping. The monkeys don’t use them that way, but the researchers wrote that “the production of archaeologically identifiable flakes and cores, as currently defined, is no longer unique to the human lineage.”