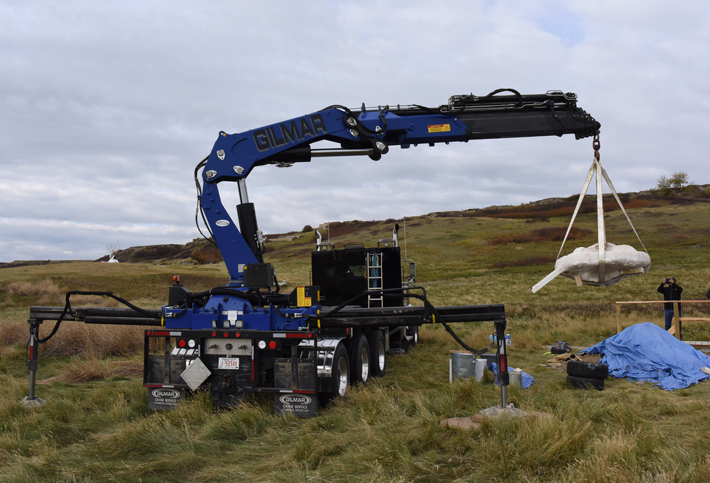 Royal Alberta Museum archaeologist Bob Dawe recently returned to the scene of an unusual discovery he made in 1990. While excavating at Head-Smashed-In, a prehistoric buffalo jump in the foothills of the Rocky Mountains, he uncovered an intact 1,600-year-old sandstone-lined roasting pit. Such archaeological features are often found near buffalo jumps and were probably used to cook large quantities of meat for celebratory feasts—but they are always empty. This example was brimming with bones belonging to a buffalo calf, at least two adult buffalo, and a canine, probably a dog-wolf hybrid. The people who had hoped to dine on the meat, likely ancestors of today’s Blackfoot, never retrieved it. Sensing excavation of the pit would be a complicated affair, Dawe covered it up and vowed to return when he had the time to investigate it properly.

Last summer, with the help of paleontologists, Dawe and his team dug around the roasting pit and encased it in a plaster jacket so they could lift it out of the earth intact. Dawe plans to methodically excavate the feature in the laboratory, and eventually put it on display, but he doesn’t expect to ever find out just why the lavish banquet remained in the ground. “It would have been quite a feast,” says Dawe, “so something drastic must have happened. Maybe there was a blizzard, or a prairie fire. Or maybe other people drove them away.”