Artifacts unearthed at Sakitari Cave in Okinawa, Japan, show that humans had successfully adapted to living in small island environments by 35,000 years ago—thousands of years earlier than previously thought. Among the finds were two of the world’s oldest fishhooks, dating to 23,000 years ago, and the skeleton of a child. Except for some quartz flakes, most of the artifacts at the site, including beads and scrapers, were made from shells. Humans at that time had been taking long ocean voyages for tens of thousands of years, but learning to adapt to life on a small island was more challenging than living on the coast of a larger landmass, as the people at Sakitari could not count on inland food sources. Other Paleolithic sites on nearby islands indicate that by 30,000 years ago people had a well-established maritime lifestyle, which set the stage for moving out to more remote islands in the Pacific. 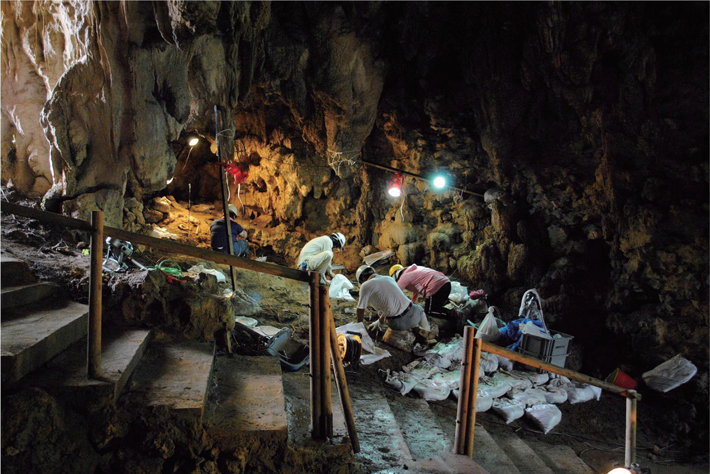