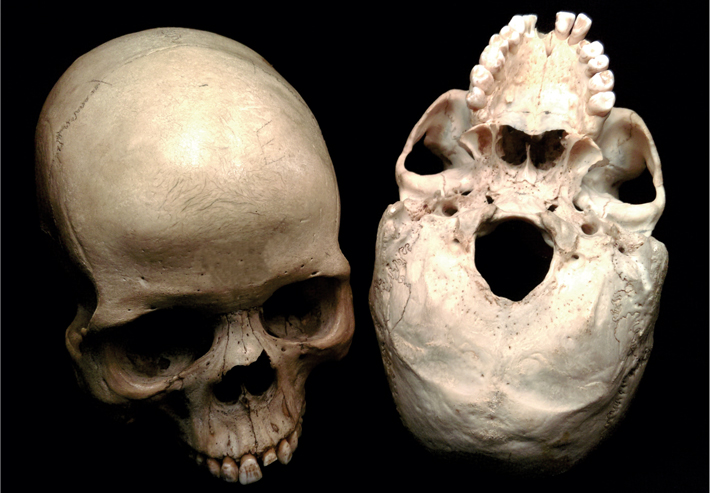 Brain size has traditionally been seen as the best way of comparing the intelligence levels of human ancestors. Now a team of researchers believes it has found a more accurate gauge: cerebral metabolic rate, or the amount of energy consumed by the cerebrum, which can be estimated based on the amount of blood delivered to it. As a proxy for cerebral blood flow, they measured the size of openings in the base of the skull through which the internal carotid arteries pass.

The team studied 35 skulls from 12 hominin species, including Australopithecus africanus, Homo erectus, Neanderthals, and modern humans. They found that, over more than three million years of evolution, hominin brain size has increased 350 percent—while cerebral blood flow has increased 600 percent. “This suggests that brain metabolism was being very heavily selected for throughout our evolution,” says Vanya Bosiocic of the University of Adelaide, “and has probably played a very important role in contributing to our intelligence.” The researchers believe that the brain’s growing demand for energy is most likely due to increased synaptic activity and interconnection among neurons.