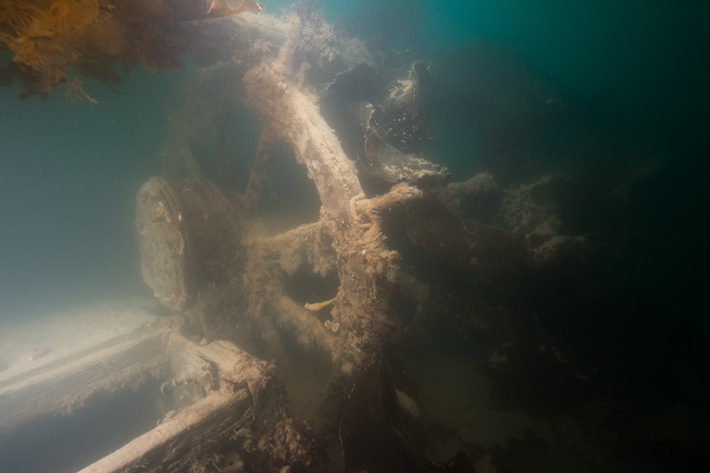 In 1845, Sir John Franklin led an expedition that sailed from England in search of the Northwest Passage. The next year, both of its ships were abandoned in Arctic ice, and the entire 129-member crew perished. For nearly 170 years, efforts to find the missing ships—HMS Erebus and Terror—fell short. Then, in 2014, Erebus was discovered in Canadian waters by a team from Parks Canada (“Franklin’s Last Voyage,” July/August 2016), and now Terror has been found as well—around 60 miles north of its sister ship in the coincidentally named Terror Bay.

Terror was located in September 2016 by an Arctic Research Foundation vessel that detoured to the wreck’s location based on a report from an Inuit crewmember who recalled seeing a piece of wood that looked like a mast sticking out of the ice covering Terror Bay six years earlier. Divers found the ship 80 feet underwater and in extremely good shape. Two weeks later, Parks Canada confirmed the identification, opening a new chapter in the story.