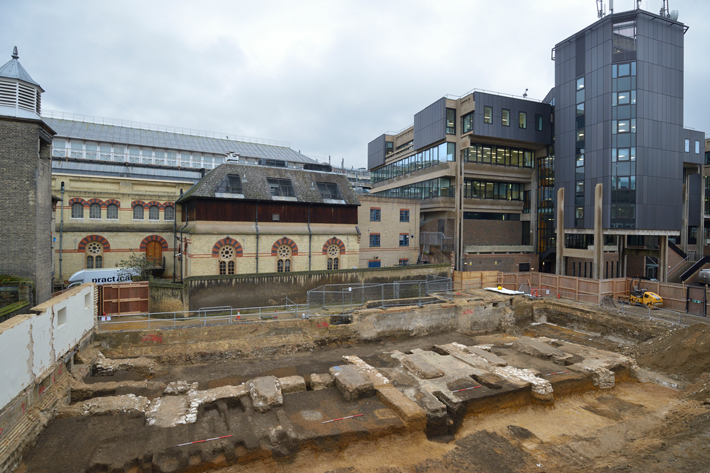 Archaeologists from the Cambridge Archaeological Unit have uncovered an Augustinian friary that occupied what is now Cambridge University property from the 1280s to 1538. In addition to buildings and artifacts, they have discovered nearly 40 burials. These will be analyzed as part of an ongoing project that compares human remains from throughout the city, including around 400 skeletons found at Cambridge’s Hospital of St. John in 2010. It will be interesting, site director Craig Cessford says, “to know if the friars had different diets or origins, were healthier, or lived longer than the rest of the Cambridge population.”