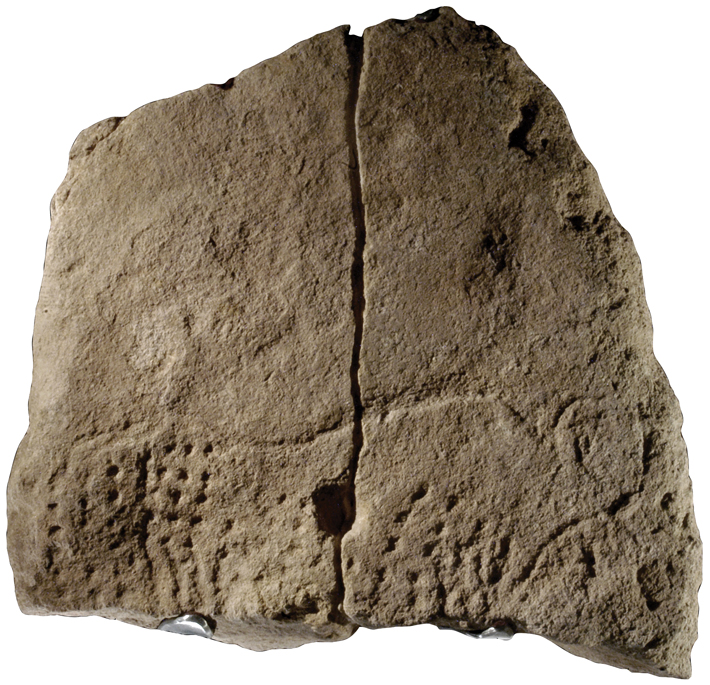 New excavations at Abri Blanchard in southwestern France have uncovered a limestone block engraved with a series of dots and the image of an aurochs, a wild ancestor of modern cattle. Pieces of bone found with the artifact were radiocarbon dated to 33,000 years ago, the period when the Aurignacian people, Europe’s first anatomically modern humans, made the first representational artwork. In addition to the aurochs tablet, the research team reanalyzed 38 engraved limestone blocks that had been found at Abri Blanchard between 1910 and 1912. One of those tablets was decorated with a feline figure that was drawn using the same distinctive technique that an artist used for a painting of a feline at Chauvet Cave, about 200 miles away. While some techniques are shared between such early artistic sites, there are interesting differences, too. Randall White of New York University says, “Each region had its own particular medium of expression: engraving in southwestern France, miniature sculpture in Germany, and deep cave painting in southeastern France.”