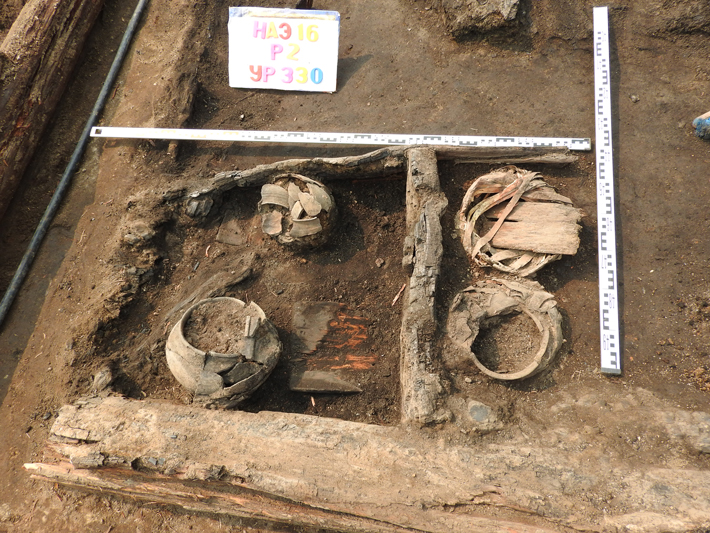 Founded in 1594, the garrison town of Tara was one of the first Russian settlements in Siberia. Archaeologists led by Tomsk State University’s Maria Chernaya are now discovering what life was like there for the earliest Russian pioneers. In addition to wooden fortifications, the team has unearthed the remains of burned log houses that held toys, chess pieces, leather shoes, and knitted stockings that show that life on the Siberian frontier wasn’t as austere as some might imagine. Chernaya says the most unexpected discovery was a clay pot containing a charred turnip. “It was likely part of the winter stocks, so the house probably burned in the winter or spring.” She thinks the fire must have started just as someone was preparing to cook the root vegetable for a meal.