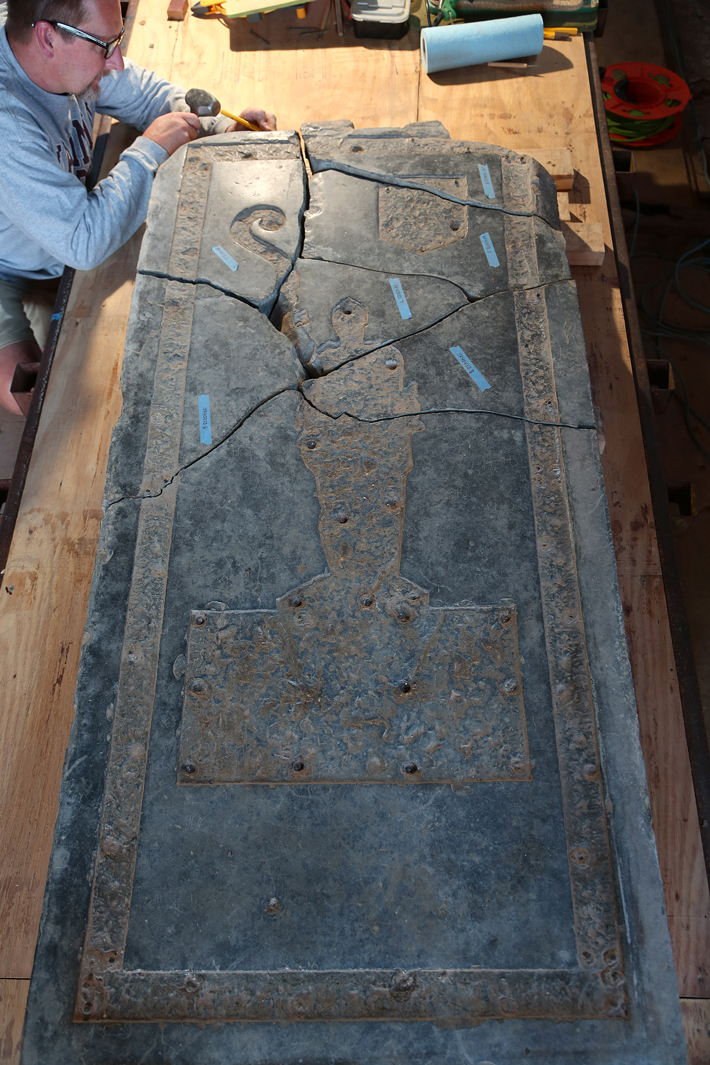 Archaeologists and conservators from Jamestown Rediscovery have begun to analyze a tombstone that has lain within iterations of the church at Jamestown for centuries. They believe the stone, which features the silhouette of a knight, belongs to Sir George Yeardley, a three-time colonial governor of Virginia, who died in 1627. Originally found in 1901 by the Association for the Preservation of Virginia Antiquities, the tombstone was broken into multiple pieces and is missing original monumental brasses that could definitively identify the deceased. However, the claim that it is Yeardley is bolstered by evidence from the will of a relative, Adam Thorowgood, which dates to 1680. Hayden Bassett, assistant curator, says that Thorowgood’s will states that he would like to have a tombstone of marble set forth with the coat of arms of Sir George Yeardley and himself, with the same inscription as on the broken tomb. “We believe that might be a reference to this particular tomb,” adds Bassett. According to Mary Anna Richardson, staff archaeologist, and William Kelso, director of research and interpretation, efforts to analyze Yeardley’s tombstone will be followed by an archaeological survey of the church’s chancel, slated for fall 2017, in the hope of uncovering Yeardley’s actual remains. An exhibit marking the 400th anniversary of the first representative assembly meeting in Virginia, which began in 1619 under Yeardley’s governorship, is planned for 2019.