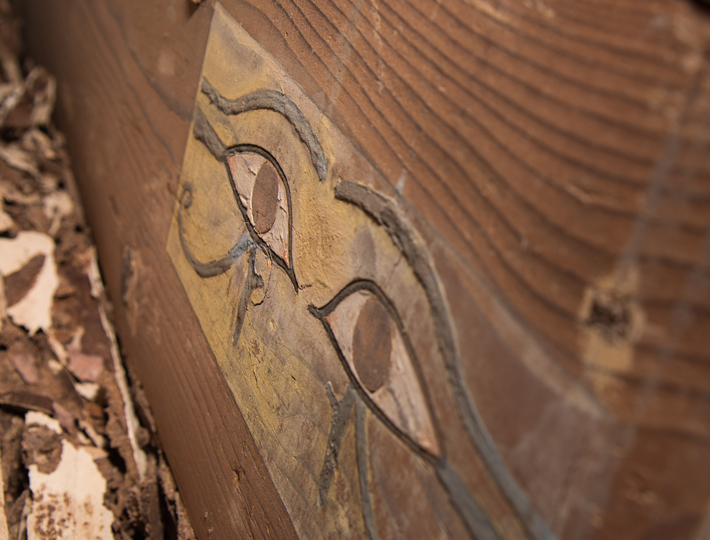 The intact tomb of a member of a powerful Egyptian family, dating to the nineteenth century B.C., has been discovered by the Spanish Archaeological Mission at Qubbet el-Hawa, across the Nile from Aswan. The burial’s outer coffin is severely damaged, most likely by termites, but the inner coffin is in fine condition. Made of Lebanese cedar, it bears the name of the deceased—Shemai—as well as those of his mother and father. Both Shemai’s father, Khema, and his eldest brother, Sarenput II, served as regional governors during Egypt’s 12th Dynasty.

The tomb also contains six wooden models representing scenes of daily life and wooden boats thought to have been involved in the funerary trip of the deceased. “This kind of discovery is uncommon in Egyptian archaeology today,” says Alejandro Jiménez-Serrano of the University of Jaén. “We have been able to record and document the whole funerary structure.”