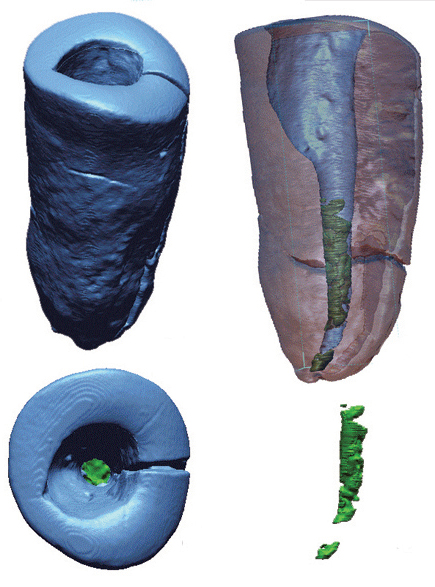 Researchers working near Lucca in northern Italy have found the oldest example of the practice of filling dental cavities, according to Stefano Benazzi of the University of Bologna. Using microscopic techniques, Benazzi and his team determined that two 13,000-year-old front teeth that belonged to a late Pleistocene hunter-gatherer were manipulated with a handheld tool. The Ice Age dentist drilled to remove decaying material within the pulp chambers of the teeth and replaced it with a natural antiseptic paste containing bitumen, vegetal fibers, and hair. This new evidence suggests a more sophisticated technology than previous markings that Benazzi and his colleagues found in teeth from another site in Italy, dated a thousand years earlier. Those teeth are believed to be the first known evidence of human dentistry.