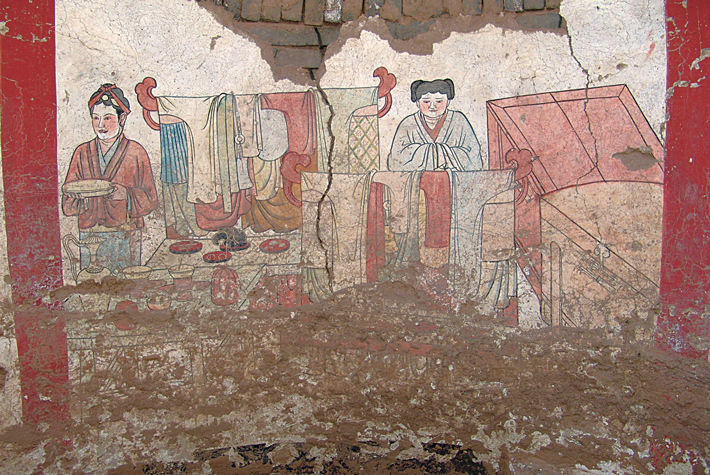 Archaeologists in the northern Chinese city of Datong have completed excavations of a circular tomb dating to the Liao Dynasty (A.D. 907–1125) believed to belong to a husband and wife. An urn with cremated human remains was found in the middle of the tomb. The tomb’s walls feature four vividly colored mural panels that depict cranes, servants, and many articles of dress. The degree of preservation has impressed researchers. In the mural on the west wall, garments colored sky-blue, beige, bluish-gray, yellowish-brown, and pink hang from two clothing stands. One item has a green diamond pattern, with a small red flower that can still be made out at the middle of each diamond.