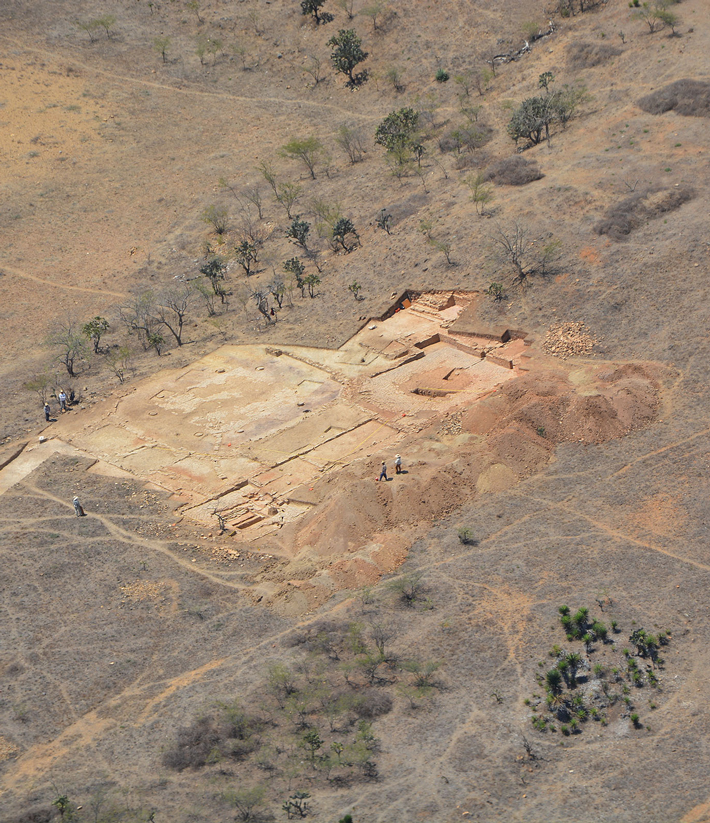 The excavations of a royal palace complex within the site of El Palenque in Mexico’s Oaxaca Valley may provide evidence for one of the earliest central governments in the Americas, according to archaeologists Elsa Redmond and Charles Spencer of the American Museum of Natural History. The complex dates to between 300 and 100 B.C. and contains a multiuse building with a sophisticated water management system, a grand private residence, dining facilities, rooms for official functions, and ritual spaces. Radiocarbon samples and ceramics confirm the dating of the palace to a time when states associated with the Zapotec civilization were emerging in the region. To guide the research, the team studied later colonial descriptions of Aztec royal palaces. “We would not expect all the architectural details of a late Postclassic or early colonial period Aztec palace in the basin of Mexico to be the same in prehistoric Zapotec palaces,” Redmond says. “But there are some common aspects of a centralized, hierarchical, and differentiated state administration that might be present in all royal palaces of different time periods.”