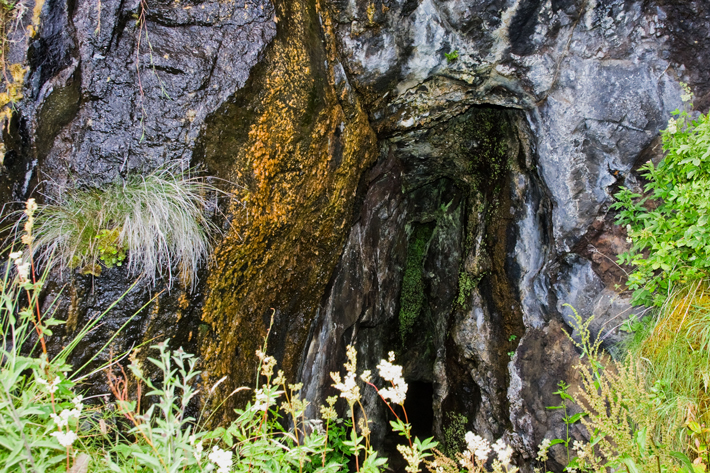 Tourists exploring Scotland’s Isle of Eigg recently called police when they found human bones lying in a cave, possible remnants of the area’s gruesome past. Legend holds that in 1577, nearly the entire MacDonald clan of the island was murdered by rival MacLeods from Skye as a result of a generations-long feud. The MacDonalds were hiding in the cave when they were discovered by a vengeful party of MacLeods, who, the story goes, blocked the entrance with vegetation and set it on fire. Almost 400 MacDonalds suffocated and died in what came to be known as Uamh Fharaing, or “Massacre Cave.”

Following a trend set by Sir Walter Scott, who brought a skull from the cave back to his house at Abbotsford, curious travelers to Eigg during the eighteenth and nineteenth centuries occasionally carried off skeletal parts found in the cave as souvenirs, despite the fact that most of the bones were removed and buried in the island’s graveyard after the massacre, says Camille Dressler of the Eigg History Society. Recently, though, natural disturbances in the soil exposed additional remains, and the criminal investigation team alerted by the modern tourists was able to retrieve 53 bones now known to belong to a single individual around 16 years old. According to radiocarbon results, the bones date to between 1430 and 1620, perhaps tying them to the notorious massacre. Historic Environment Scotland archaeologist Kirsty Owen plans to commission more radiocarbon dating, as well as isotopic analysis and possibly DNA work, in the hopes of narrowing the date range.