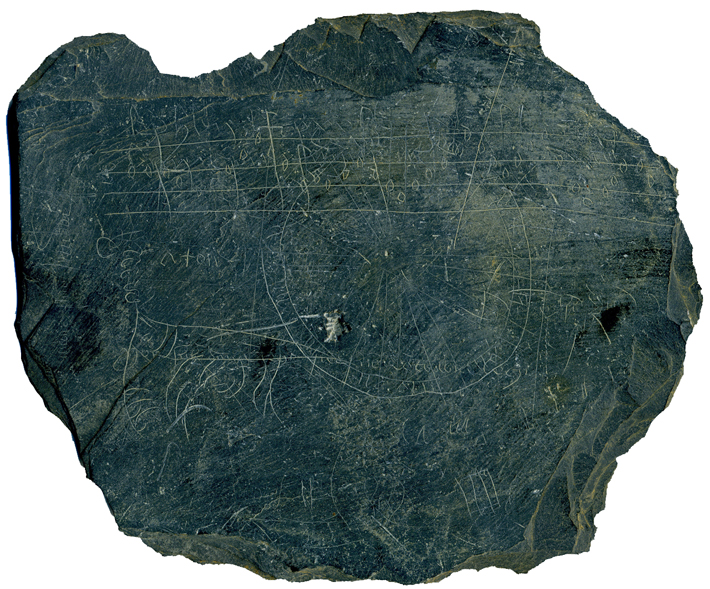 Seldom, if ever, do artifacts allow us to experience what people heard in the distant past. But a team excavating at the medieval Convent of the Jacobins in Rennes, France, recently made a discovery that brings to life a short snatch of a song that was last sung by monks in the sixteenth century. Beneath the convent’s refectory, the team found a number of schist plaques inscribed with casual etchings, including caricatures of people, medieval versions of the game of hopscotch, and personal names. Among them was an etching of four lines of diamond shapes that the archaeologists quickly recognized were musical notes representing a short melody of a plainchant, or an unaccompanied sacred song. “It’s very difficult to know just what kind of song the notes record,” says Gaëtan Le Cloirec of the National Institute of Preventive Archaeological Research, who led the excavation. “It’s probably a short religious song that was engraved by a Dominican monk as an exercise.” Click below to hear ancient music specialist and soprano Dominique Fontaine sing the melody.