Legend, historical accounts, and archaeology are in agreement that Gamla Uppsala, in southeastern Sweden, was the home and burial place of the kings of the fifth- and sixth-century Ynglinga Dynasty. These monarchs reigned during the time depicted in the Old English epic poem Beowulf. Until the arrival of Christianity, Gamla Uppsala was long regarded throughout Northern Europe as an important and sacred location and was ultimately graced by palaces, a great pagan temple, and a royal burial ground. John Ljungkvist of Gamla Uppsala University says, “These rulers transformed the entire landscape to showcase what they thought was their divine lineage.” He adds, “These monuments made Uppsala a central assembly place for nearly 1,000 years. It’s Beowulf, for real.” Today, of some 300 remaining funerary barrows, three mounds in particular, measuring between 29 and 32 feet in height, have special significance. Mythological sources identify them as belonging to the gods Thor, Odin, and Freyr, while legends state that the mounds held the remains of Ynglinga royalty. Excavations of one of the mounds began in 1846 at the instigation of the future king Karl XV (r. 1859–1872) in order to respond to what he saw as spurious claims that the mounds were simply natural landscape formations. Archaeologists, however, confirmed that there were funerary remains there, and in another of the three mounds, which was dug in 1874. All agree that the burials were princely. 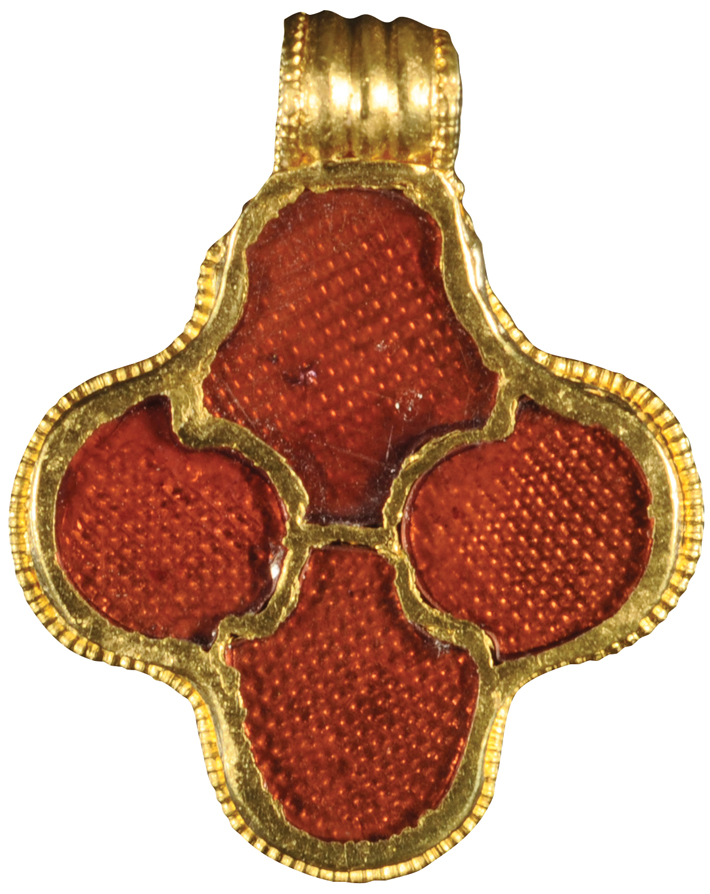 The three royal mounds at Gamla Uppsala are termed Eastern Mound, Middle Mound, and Western Mound. The first excavation, in 1846, was begun on the Eastern Mound by Bror Emil Hildebrand. There he discovered an urn holding burned bones and charred grave offerings. The grave, surprisingly, held the remains of a woman and a boy, cremated and interred according to fifth- and sixth-century Scandinavian practice. In 1874, the Western Mound was found to contain a man—likely a warrior, since military equipage was uncovered along with high-quality weaponry. Ivory game pieces and cameos unearthed in the burial suggest strong trade ties reaching as far as the Mediterranean. While the Middle Mound has, as yet, not been fully excavated, in the course of digs beginning in 2012 researchers have focused on the area encircling the mounds where dwellings, outbuildings, and a variety of artifacts from everyday life—and from all classes of society—are being uncovered.

The museum at Gamla Uppsala features archaeological finds from the site. A composite model and a timeline help place Gamla Uppsala and its eventful Nordic history in context. In the summer months, you can take a guided tour, or you can follow an app on your phone. Once you’ve worked up an appetite, head over to the Odinsborg restaurant right next to the museum.