In 2012, a pair of veteran metal detectorists on Jersey in the British Channel Islands discovered a gargantuan coin hoard in a field they had been searching off and on for three decades. The hoard was the largest ever to have been found in Britain and appeared to have the potential to transform interpretations of Jersey’s history. But first it had to be moved. Just getting it out of the ground was fraught with tension. “With earth still attached, it weighed over a ton,” says Neil Mahrer, a museum conservator with Jersey Heritage. “We had no idea how strong it was, in that it was only held together by the corrosion between the coins.” 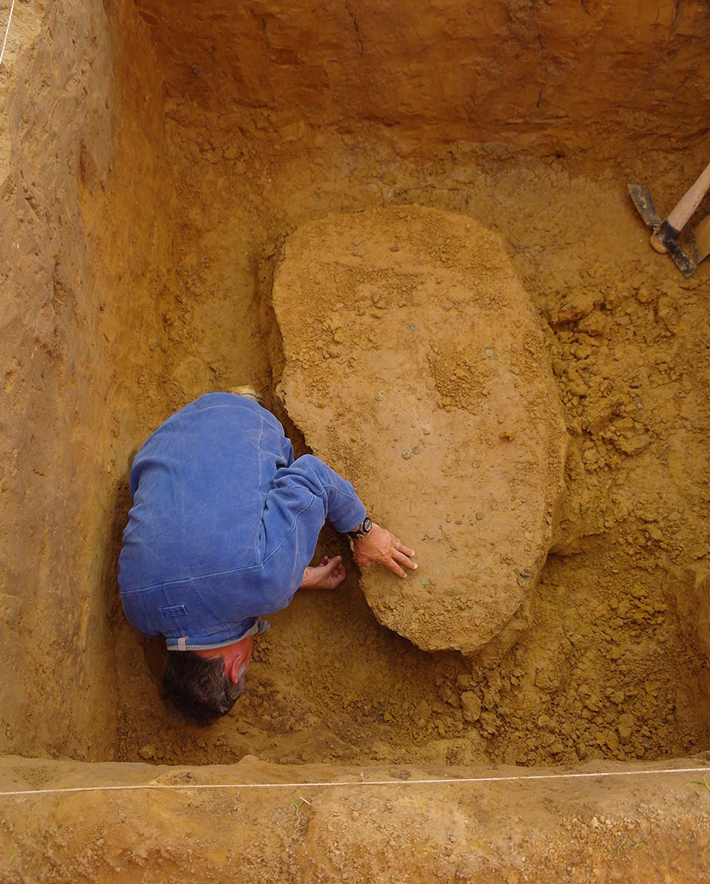 Once the hoard was safely in the laboratory in the Jersey Museum in mid-2014, Mahrer and his team faced the next challenge: how to disassemble it. They also had a daunting deadline. Based on their funding, they needed to take it apart within three years. This would mean extricating almost 500 coins per week on average. Early on, their pace lagged as they learned to use a metrology arm that recorded the position of each coin to within one five-hundredth of an inch. A year into the project, though, with the help of a team of volunteers, they were removing up to 800 coins per week.

Along the way, Mahrer sought advice from the small club of fellow conservators with experience taking apart large hoards. To remove the corrosion from the coins, which were generally made with an alloy of silver and copper, experts at the British Museum recommended using a dilute solution of formic acid. To clean the gold jewelry embedded along with the coins—including up to 17 partial and complete gold torques—conservators who worked on the Staffordshire Anglo-Saxon hoard advised using thorns from the evergreen barberry shrub. “It turns out that this one particular thorn is soft enough not to scratch the gold surface, but will remove the corrosion and dirt,” says Mahrer. “It’s strange to think that the best way to clean these was a technique that could have been used as far back into the past as one goes.”

In late January 2017, months before the three-year deadline, the final pieces were detached. “We had to take this thing apart literally one coin at a time while having no idea what was inside,” says Mahrer. “Right up to the end, we were surprised all the time by finding new things.” The tally of coins now stands at around an astounding 69,000, though this includes an estimate of the number contained in a small cylindrical section set aside intact for future study. 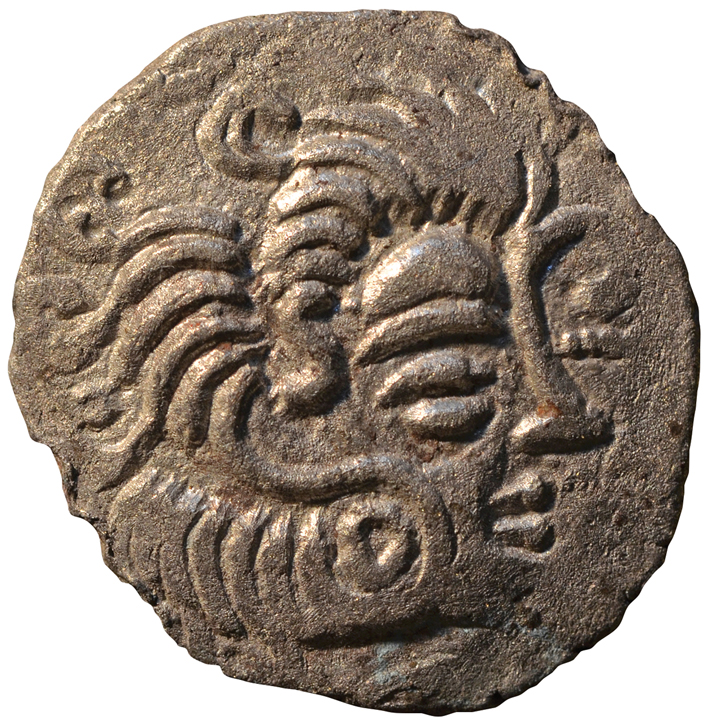 The great majority of the coins have been associated with the Coriosolites, a Celtic tribe known to have controlled a small area of mainland France close to Jersey. Originally, the hoard was thought to have been buried for safekeeping around 50 B.C., when the Romans were making their way through France, conquering Celtic tribes as they went. However, Olga Finch, head of archaeology at Jersey Heritage, notes that a smattering of the coins are thought to date to around 40 B.C., suggesting the hoard may have been buried after the conquest. Even given this later dating, it might still represent an attempt to hide wealth from the Romans. It’s also possible that the hoard—and a number of others that have been found on Jersey—was left with no intention of recovery. “Maybe it’s not about hiding your wealth,” says Finch. “Maybe it’s more about ritual and showing that you have so much wealth that you can afford to bury some of it as an offering to the gods.” To watch a time-lapse video of the team disassembling the hoard, click below.