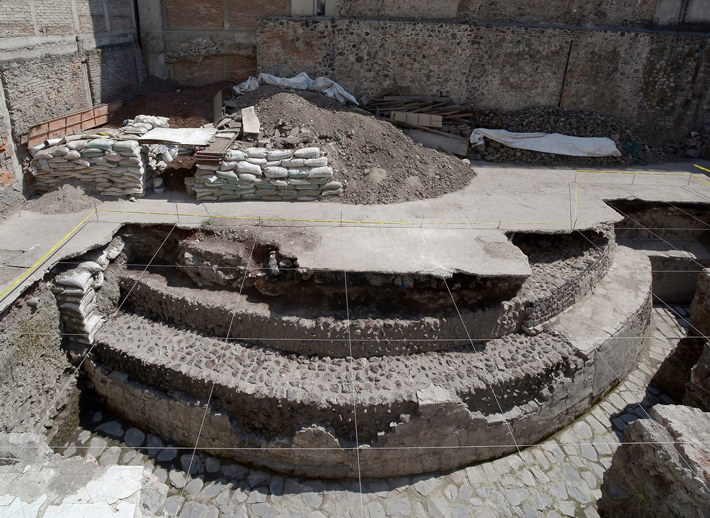 Archaeologists working in downtown Mexico City have uncovered sections of a large circular temple dedicated to the Aztec god of wind, Ehecatl, and part of a ritual ball court, that date to just before the Spanish conquest in the late fifteenth century. The team also encountered a chilling collection of 32 male neck vertebrae that researchers believe was an offering associated with the ball game. Future excavations could reveal more ritual and governmental spaces believed to have been built during the 1486–1502 reign of Aztec emperor Ahuizotl, the predecessor of Moctezuma, and will prove integral in confirming surviving Spanish descriptions of the Aztec capital, Tenochtitlán.