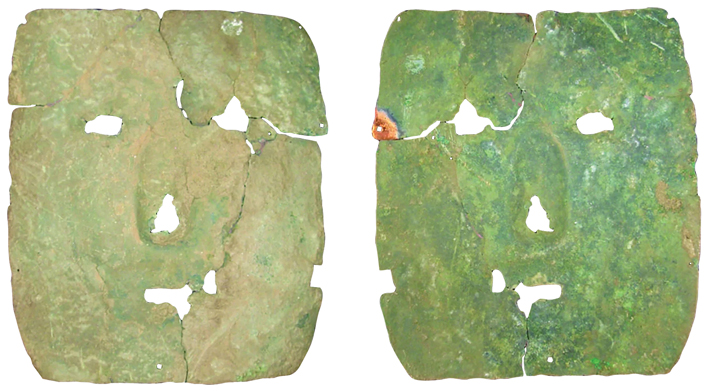 New radiocarbon dates show that a mask discovered in a valley in northwest Argentina is the oldest worked copper artifact ever found in the Andes. The 3,000-year-old mask, which depicts a stylized human face, was discovered in the grave of a man who lived at a time when Andean peoples were first beginning to practice agriculture. Scholars had generally believed metallurgy in the New World was first developed in Peru and then spread to the rest of South America. But the mask challenges that assumption, says University of Buenos Aires archaeologist Leticia Inés Cortés, who led the team that studied the artifact. “Since complex societies later emerged in what is now Peru, there is a tendency to assume that all technological innovations did too,” says Cortés. “The mask shows that there was not one place for innovation in metalworking, but many, including this region of the southern Andes.”