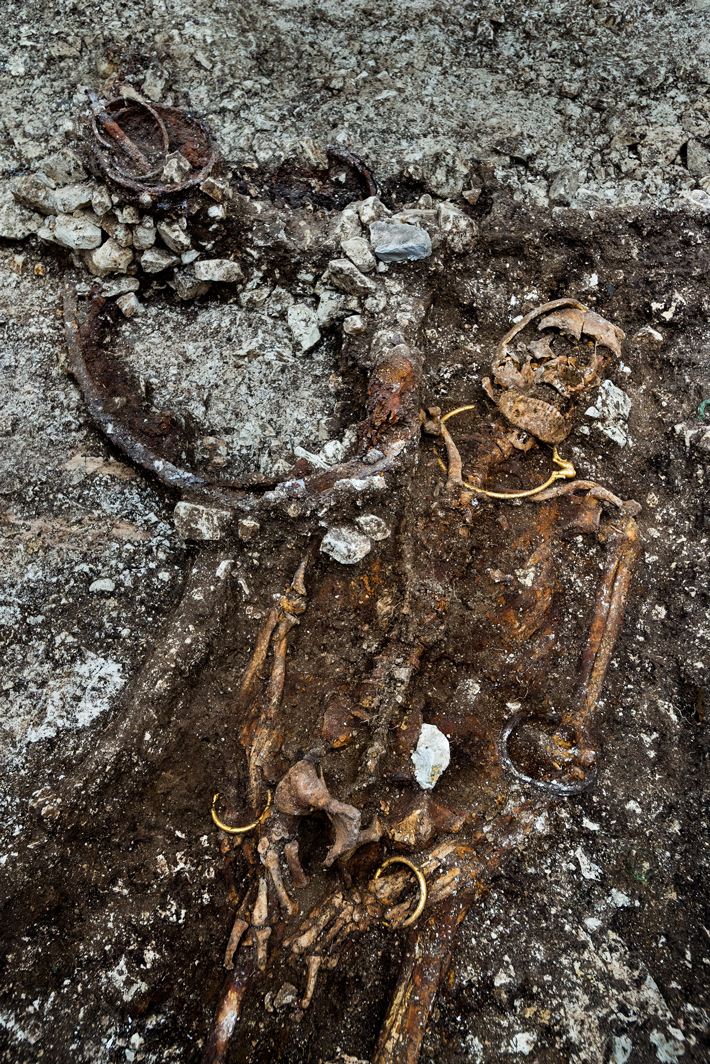 In 2015, French officials announced the discovery of an exceptional Celtic burial located in Lavau, Champagne. The fifth-century B.C. tomb contained a wealthy individual—likely a prince—surrounded by a luxurious assemblage of personal items and drinking vessels (“Top 10 Discoveries: Tomb of a Highborn Celt,” January/February 2016). Now, two years later, laboratory analysis of those artifacts has begun to reveal just how truly extraordinary the burial is. Scientists from the Center for Research and Restoration of the Museums of France recently examined objects from the grave using a host of modern techniques, including X-ray tomography and radiography, 3-D imaging, and chemical analysis—a rare opportunity to employ the newest technologies on objects taken recently from the ground, as opposed to those that have been deteriorating in storerooms for decades, or those that have already undergone conservation procedures. Radiography showed that the prince’s belt was embroidered with fine silver threads that formed a continuous frieze of Celtic motifs, the only one of its kind ever discovered. His knife sheath was decorated with bronze thread. Closer examination of the metal vessels revealed their remarkable quality and the skill of the ancient metallurgists, who had mastered the smelting and engraving process. High-resolution 3-D scanning was even able to identify signs of subtle wear on a gold torc caused by its contact with human skin or clothing.