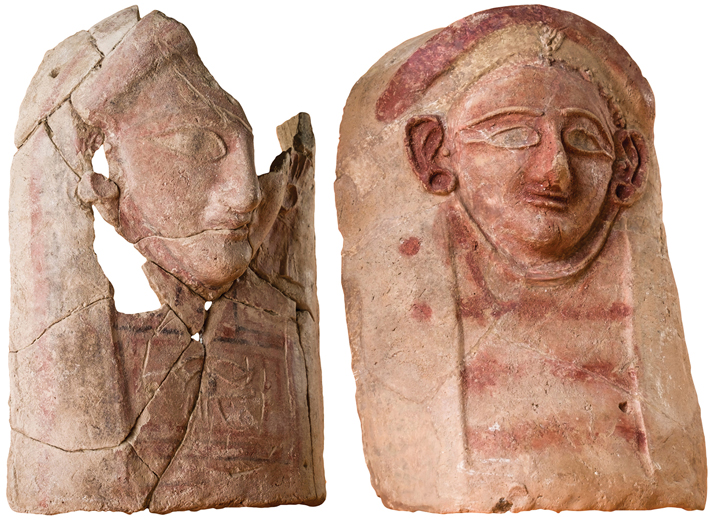 While excavating a refuse pit containing a mélange of burned animal bones, grape seeds, olive pits, and chickpeas, archaeologists working in the ancient Phoenician town of Porphyreon in present-day Lebanon also retrieved fragments of several ceramic female heads dating to around 2,400 years ago. The researchers, from the Polish Center of Mediterranean Archaeology, reassembled the fragments and found that the heads measured around nine inches tall and six inches wide. Small holes near the top of the most complete specimen indicate it may have been hung on a wall.

Mariusz Gwiazda, who led the team, also notes that the objects incorporate a combination of Greek, Phoenician, and Egyptian traits. “From the beginning, Phoenician art borrows different ideas from different cultures,” says Gwiazda, “mixing them together and creating its own hybrid material language.” He believes the pieces were meant to depict deities, though in the absence of written evidence it is difficult to say which ones.