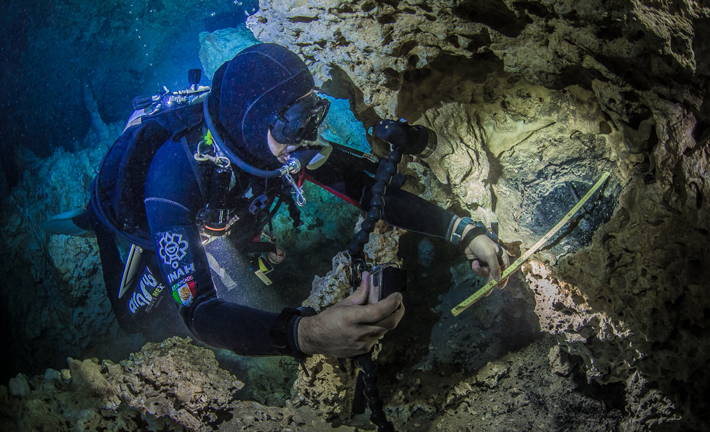 The record of human occupation in the Yucatán Peninsula has been helped greatly by the discovery and documentation of human fossils and bones found in cenotes, or sinkholes, and flooded caves. Among these sites is the Ancestors Chamber of the Cenote Aktun Ha cave system. Intriguingly, 14 concentrations of coal were identified in the Ancestors Chamber, distributed in an area of approximately 200 square feet. But without proof that the coal had been ignited there, scholars have long speculated as to whether it was brought there by humans or if it had been deposited there by natural processes.

Now, however, through geological analysis of thermal alterations in the rock, researchers think they have evidence confirming the existence of bonfires in situ. This would date the occupation of the cave to around 10,500 years ago, at the end of the Ice Age when the cave was still dry. Archaeologists believe that the cave was used as a shelter providing protection from both the extreme weather conditions of the epoch and large predators, and that ceremonial activities might taken place there as well.