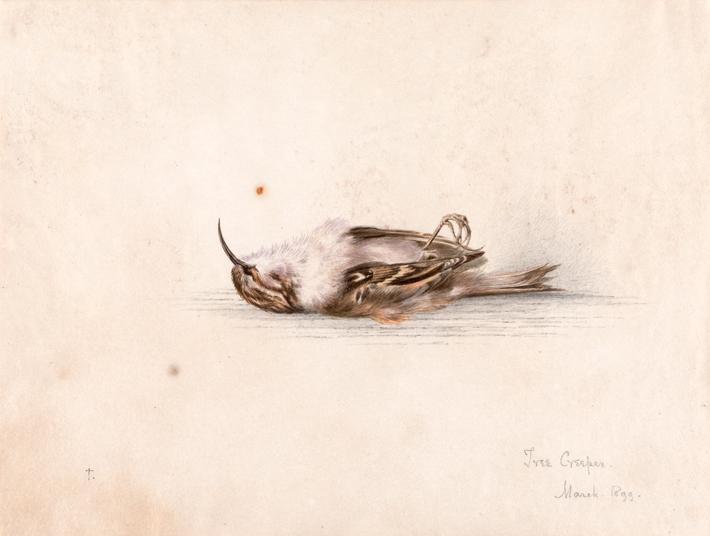 A conservator for the New Zealand Antarctic Heritage Trust has uncovered, hidden among a stack of papers caked with mold and penguin excrement, a well-preserved 118-year-old watercolor depicting a deceased tree creeper. It was painted by the English artist and physician Dr. Edward Wilson, who perished alongside Captain Robert Falcon Scott and three others while returning from the South Pole in 1912. The stack of papers was collected, along with 1,500 other artifacts, from the team’s base camp at Cape Adare, a group of huts first built by a Norwegian expedition in 1899, which the Trust has begun to restore. A polymath, Wilson joined the Scott party as a doctor whose artistic talents aided his avocation as a naturalist. What remains a mystery is how his painting of a bird native to the northern hemisphere ended up in Antarctica. “My theory is that it was completely accidental,” says Lizzie Meek, the Trust’s program manager. “It seems he was very prolific and prone to leaving his drawings all kinds of places. It’s entirely possible that the painting had been stored in amongst other drawing paper and the whole stack was picked up and taken to Antarctica.”