The Ancient Ecology of Fire 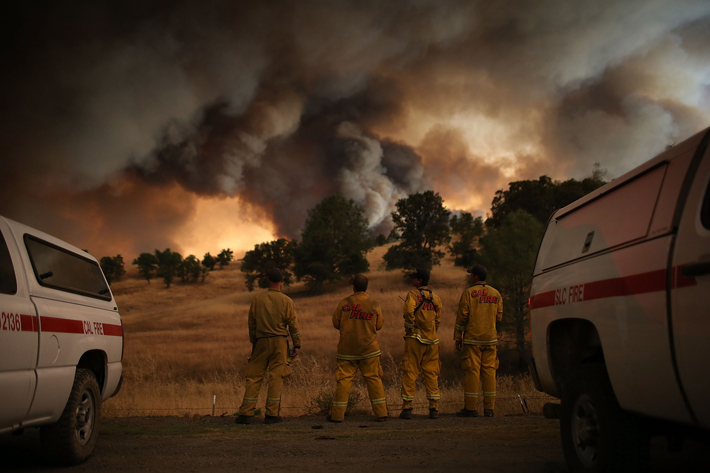 The Quiroste Valley on California’s central coast lies sheltered from the wind that blows in from the Pacific not two miles distant. Coniferous pine and redwood trees stand along the valley’s rim and sweep down into the lowland where they compete with thickets of poison oak, buckeye, and coyote brush. This overgrown valley of some 200 acres was once the home of the Quiroste, a people who would not recognize their traditional lands today. When a Spanish expedition first visited the Quiroste’s village in 1769, the valley was full of meadows, hazel groves, and stretches of burned earth. The expedition chaplain, Juan Crespi, noted in his diary that the Quiroste hunter-gatherers were careful managers of the landscape. He wrote that they regularly burned the meadowlands “for a better yield of the grass seeds that they eat.”

On public lands today, vegetation often goes unmanaged and, as a result, becomes the tinder that fuels wildfires. Nearly 7,000 blazes ravaged California in 2016 alone. But for the Quiroste, fire was a powerful tool. They used it to manage a number of food resources, not just grass seeds. And by regularly setting controlled fires, the Quiroste also kept themselves safe from catastrophic wildfires, which feed on dense undergrowth. Recently, a group of archaeologists, ecologists, and members of a local Native American tribe set out to understand the history of this practice in the Quiroste Valley, now part of Año Nuevo State Park. “We had a lot of questions we wanted answers to,” says University of California, Berkeley, archaeologist Kent Lightfoot, one of the project’s directors. “First and foremost we wanted to know if we could even identify the general pattern of human-made fires in the archaeological record. Then, if so, we wanted to know when they started, how widespread the practice was, and what its impact on the local ecosystem was.” Identifying fires from the ancient past is difficult enough, but differentiating natural ones caused by lightning strikes from those deliberately set posed a serious problem for the researchers. Underlying the challenge was the fact that some scholars have argued that prescribed burns might not have been as widespread in the ancient past as they had become when the Spanish first arrived in California.

As a first step, the team studied how ecosystems on the central California coast have reacted to fires caused by lightning in the recent past. Ecosystems similar to the Quiroste Valley take about 100 years to fully recover from a fire. The first plants to regrow are grasses and herbaceous plants. But grasslands are disturbance-dependent communities, meaning they can only persist with regular grazing, tillage, or burning that removes encroaching woody plants. Given no further disturbance, grasses don’t last long, and within about 20 to 30 years most of the grassland is choked out by coyote brush and poison oak scrublands. Within a century, the vegetation reaches a mature stage, with most areas covered by scrublands and mixed conifer forests, and once again the landscape becomes fuel for wildfires.

This fire ecology research suggests that anthropogenic, or human-made, fires would create a landscape dominated by open, prairie-like vegetation, while those fires occurring naturally would result in a landscape of shrubs and conifer forests, such as the one in the present-day Quiroste Valley. Using these expectations about natural fire cycles and the succession of plant species, the team hypothesized that they could differentiate between the general pattern of anthropogenic fires and that of natural ones in the archaeological record. “If people frequently burned the landscape in the past,” says Lightfoot, “we would expect to find archaeobotanical and faunal remains that reflect widespread grasslands and fire-adapted trees.” 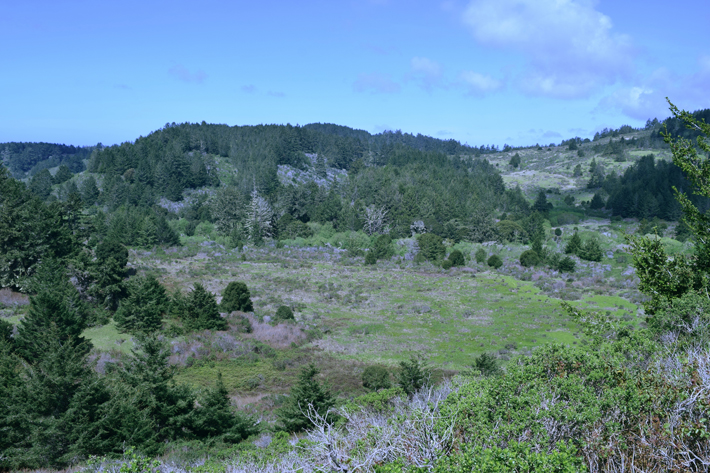 Between 2007 and 2009, the team, which includes members of the Amah Mutsun Tribal Band, who trace their ancestry to the Quiroste, systematically surveyed the site of the large village first described by Crespi in 1769. Low-impact magnetometry helped them pinpoint potential fire pits and other human-made features in the ground, which they uncovered in a series of small excavation units. Under the direction of University of California, Berkeley, archaeologist Rob Cuthrell, soil samples from these excavations were sent to Berkeley for flotation analysis. This procedure separates small artifacts, faunal specimens, and botanical remains from the soil itself. The samples are placed in a bucket, which is then filled with water and agitated. The heavy soil sinks to the bottom and the rest floats to the top to be recovered and analyzed.

Cuthrell remembers his surprise as the ancient material was processed. “We found a lot of charred hazelnuts,” he recalls, “which was odd because hazelnut shrubs aren’t found much in the valley anymore.” The team also recovered grasses, tarweeds, and clover in even higher densities than hazelnuts. Perhaps most significant was the near-complete lack of charcoal from fir and pine trees, the species of trees that ought to be growing in abundance in the valley in the absence of regular fires. Instead, the researchers found that redwood—a fire-adapted tree that would have persisted well in an environment where frequent, low-intensity fires were set—was the primary fuel people at the site were using. The animal bones from the site were also suggestive. The team uncovered a higher ratio of vole bones than bones of wood rats. As the name implies, wood rats are usually found in closed habitats such as woods, while voles prefer open grassland. More evidence came from phytoliths, microscopic silica structures produced by certain types of plants that remain in the soil long after the plants themselves have decayed. In and around the Quiroste Valley, the soil contains high ratios of grass phytoliths. “That indicates extensive grass cover in the valley for several hundred to thousands of years,” says Cuthrell. With everything processed and analyzed, the research team felt confident that they had identified a long history of human-made fires in the valley. 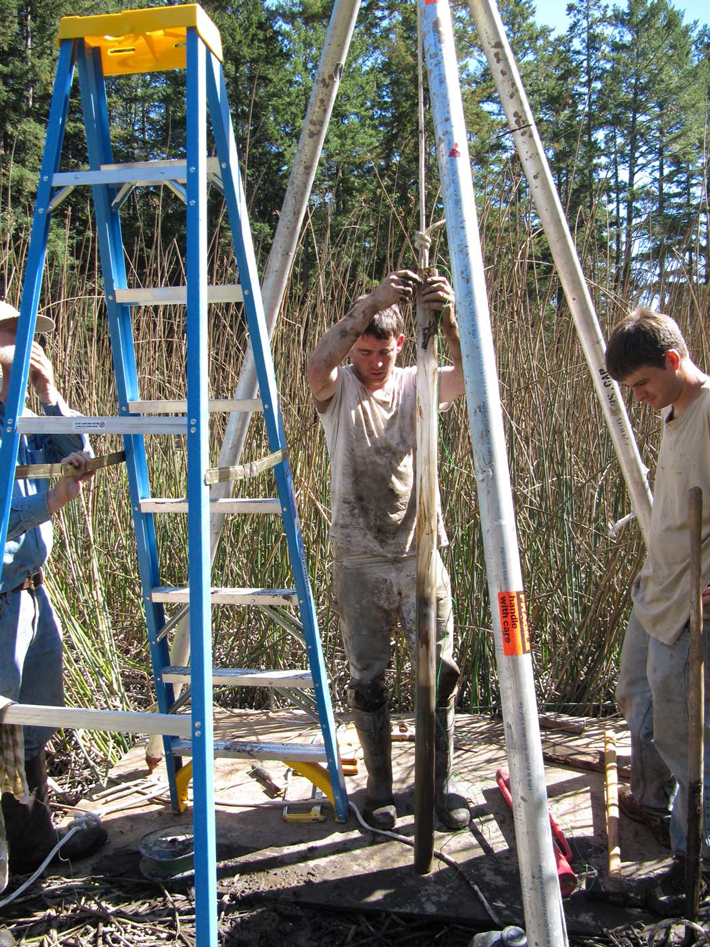 Radiocarbon dating suggested that this practice dates back to at least A.D. 1000, when the site in the Quiroste Valley was first inhabited. Exactly when prescribed burning first came into use in the area outside the valley is difficult to say, but new excavations at older sites are already showing that the practice could have begun several hundred years earlier. Other studies along the western coast of North America have revealed a similar pattern of human-made fires. A project conducted by the U.S. National Park Service and Simon Fraser University in British Columbia revealed that tribes along the coast of Washington State used fire to maintain productive prairie land starting at least 2,000 years ago. Now the evidence from the Quiroste Valley and other sites farther north, near San Francisco, shows that this practice of landscape management was far more extensive than previously believed. “It certainly suggests,” says Lightfoot, “that it was a fairly widespread practice going back to ancient times.” 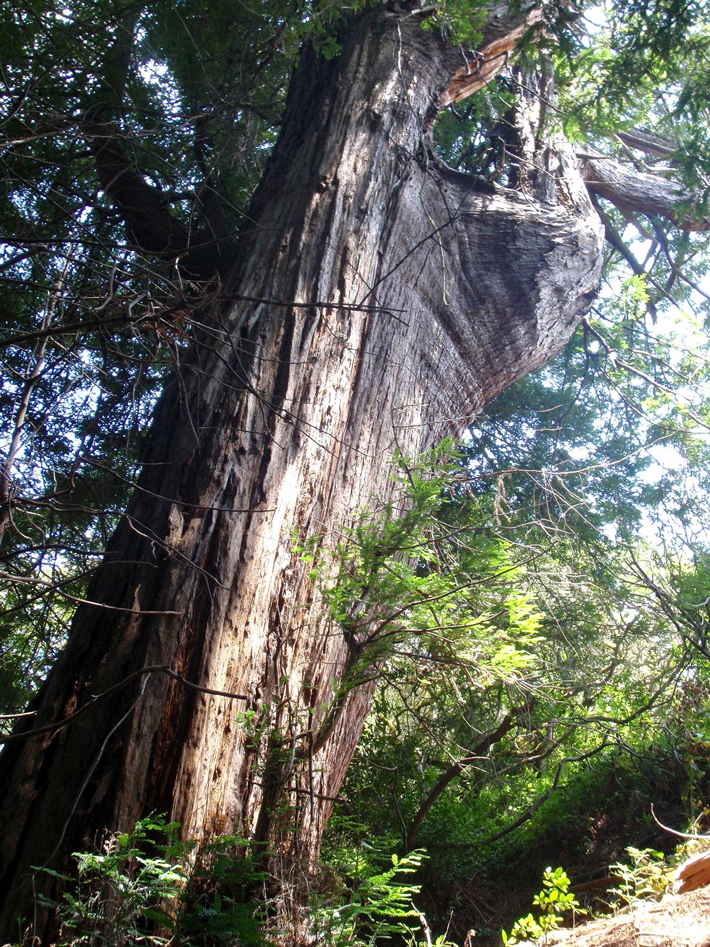 The implications of hunter-gatherers using this sort of landscape management are far-reaching. “I think a key point is that they were forward-thinking in their interactions with the environment,” says Lightfoot. Studies of other peoples who also used fire for resource management suggest that the social organizations employed in these practices varied widely. On one end of the spectrum are the aboriginal people of western Australia, who set low-intensity fires to hunt burrowing animals. Requiring relatively little coordination among members of a tribe, in cases like these, fires were set primarily as a means of achieving an immediate goal: flushing out the burrowing rodents. On the other end of the spectrum, setting large-scale fires would have been a community-level practice that would have taken a great deal of coordination.

“I think the Quiroste fall somewhere in the middle,” says Lightfoot. “Creating a coastal grassland habitat over many decades or centuries, as has been documented, would have required a regular pattern of burning on the order of every few years. This indicates that there was some level of consistency in their management practices within the broader society.” But Lightfoot and other members of the team believe the practice was a local one. “I don’t think coordination of land management happened on a regional scale,” says Cuthrell, “but rather on the scale of the tribe or even groups smaller than the tribe. Tribes had small populations and small territories, so this coordination probably happened on scales that most people would think of as local.” The end result, though, was wide reaching. “The whole area would have been a garden to them,” says California State Parks archaeologist Mark Hylkema, who is also participating in the ongoing project. By creating patchworks of recently burned land and stands of herbs and berry-producing plants, the Quiroste would have improved the availability of nuts, greens, and fruits as well as grass seeds. As an added benefit, this mosaic of grassland and groves of trees and bushes would have attracted wild game. 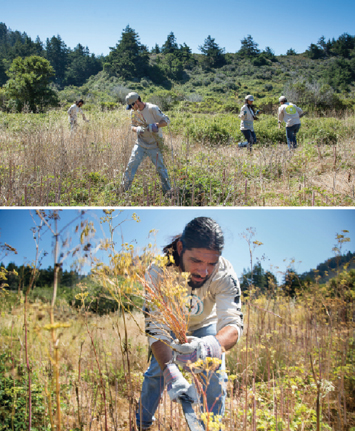 The woods threatened to encroach on the valley as soon as the Spanish prohibited the practice of prescribed burning in the late eighteenth century. However, extensive cattle grazing under Mexican and then American control kept the grasslands in a sort of artificial stasis for the next few centuries. Ironically, the landscape then underwent its most dramatic transformation, when the valley entered the California State Parks system. The famous watchword of “Take nothing but photos, and leave nothing but footprints” that governs much of American conservation philosophy has resulted in landscapes dominated by mature vegetation that is prone to catastrophic wildfires. “It sounds nice, but in reality it just doesn’t work,” admits Hylkema.

Valentin Lopez, tribal chairman of the Amah Mutsun Tribal Band, takes that criticism one step further, explaining that many modern conservation practices are “completely contrary to Native American stewardship.” The archaeological evidence has borne out this point, revealing a millennium-long tradition of direct human impact on the landscape, one that created a symbiotic relationship between humans and nature. People received nourishment from the plants their land management practices had encouraged to grow, and the environment, without the accumulation of piles of dried and dead plant material, didn’t feed the type of devastating wildfires that would leave the land completely unusable.

For the people who tended the land for generations, this relationship went beyond mere gathering for the sake of sustenance. “Native American stewardship was all about having a relationship with Mother Earth and the plants,” says Lopez. “It was all a part of the tribe’s spirituality.” Today, the Amah Mutsun Tribal Band is able to sustain that kind of relationship with the Quiroste Valley. Starting in 2014, the newly created Amah Mutsun Land Trust began to implement the sort of land management practices in the valley that the archaeological research had revealed. Although prescribed burning in the Quiroste Valley is not yet feasible due to the severe overgrowth, members of the tribe have begun manually clearing strips of land and have reintroduced native plant species. These cleared areas, with the occasional berry-producing bush growing up from native grass, serve several ends. They increase the biodiversity of public lands, provide a supply of native ceremonial plants for the Amah Mutsun to harvest, and create much-needed fire breaks in the otherwise fuel-choked land. Acre by acre, the tribe is continuing a millennia-long practice in an effort to bring the landscape of the Quiroste Valley, once again, back into balance.

Antone Pierucci is a freelance writer in Stockton, California.