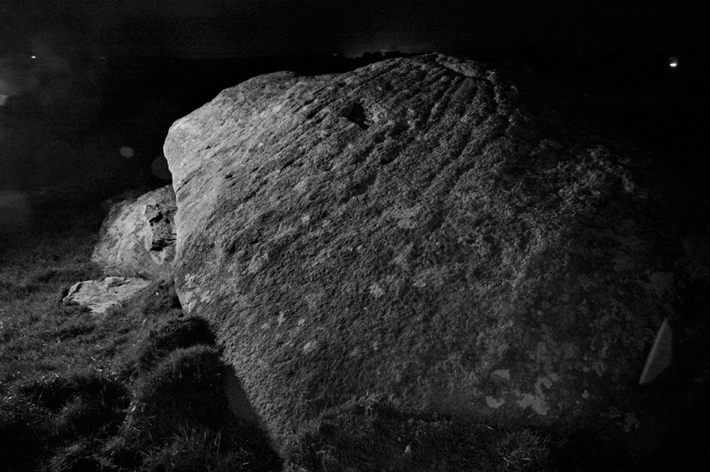 A site in Cornwall known as Hendraburnick Quoit appears to have been host to nighttime rituals starting around 2500 B.C. and continuing for several hundred years. In a recent excavation, researchers led by Andy Jones of the Cornwall Archaeological Unit discovered that a stone at the site contained dozens of circular carvings called cup marks, along with an extensive network of radial lines, all so faint that they are only visible in moonlight or low sunlight, “when the sun casts shadows across the surface of the stone,” says Jones. Previously, just 17 cup marks had been observed on the stone. “We already knew about the most deeply carved cup marks,” he says, “but we only started to be able to see other elements during the excavations later in the day.” Further evidence of activity after dark was provided by the discovery of nearly 2,000 pieces of fragmented quartz, apparently smashed at the site, which would have produced luminescent effects.