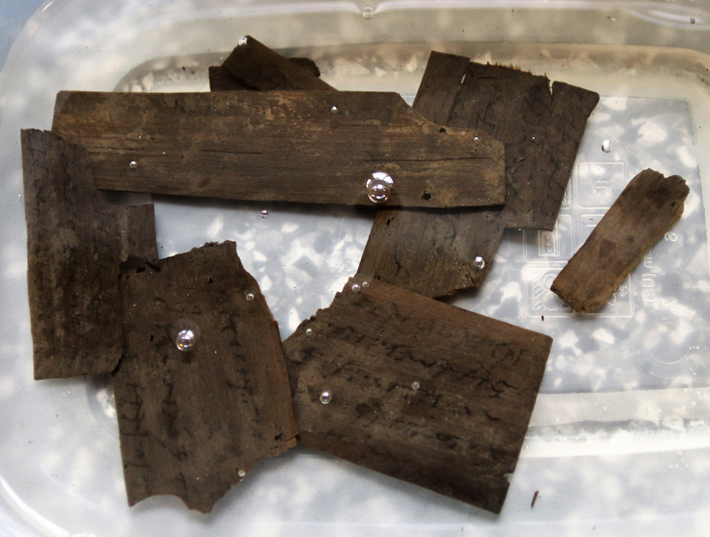 To discover an artifact with writing on it is unusual—but retrieving more than two dozen in one day is exceptional. “When we found the first tablet, we were very excited,” says Andrew Birley, excavation director at the Roman fort of Vindolanda in northern England. “After the second and third one, we suspected we were in for a very special day.” While digging a cobbled surface outside Vindolanda’s first fort (of a total of nine), Birley uncovered 25 wooden tablets inscribed in ink dating to the end of the first century A.D. “Based on the scatter pattern, we’re dealing with someone walking in a line and the tablets dropping, possibly being blown away from the person holding them,” says Birley. “Perhaps they were being carried to be dumped. Or not—there’s no way to tell.”

More than 2,000 tablets have thus far been unearthed at Vindolanda (“The Wall at the End of the Empire,” May/June 2017). These most recent examples are now undergoing conservation, but one tablet has already started to reveal its secrets. “It’s a request for a leave or holiday by a man called Masclus,” says Birley. “The writing is beautifully clear and in a stunning script. If only I could write like that.”