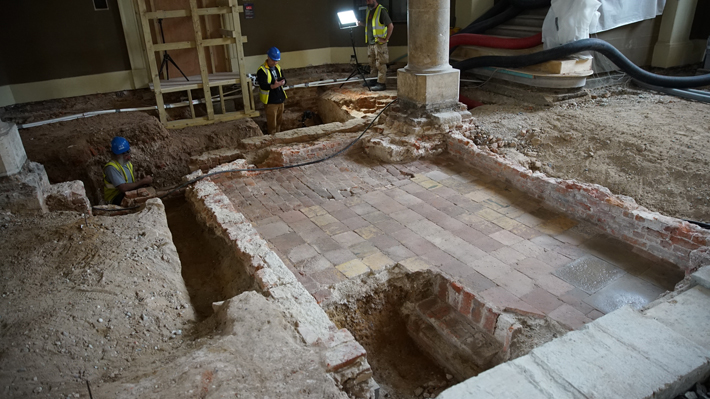 Of all the estates and houses available to King Henry VIII, Greenwich Palace in southeast London was known to be his favorite. The king spent more than 4,000 nights there (that’s almost 11 years in total), and he added a number of structures to it, including an armory staffed by metalsmiths from abroad. The palace was largely razed by the end of the seventeenth century, and little sign of it remains aboveground. Recently, however, two of its rooms were unearthed during construction of a visitor center at the Old Royal Naval College, which sits on the palace’s former grounds. “We knew it was quite likely we might find the odd bit of historical Greenwich,” says William Palin, director of conservation at the Old Royal Naval College, “but nothing quite prepared us for the discoveries that were made.” One of the rooms had lead-glazed tiles, and researchers believe it may have been a part of Henry VIII’s armory. The other featured a number of niches thought to have been used as “bee boles,” where hive baskets were kept warm during the winter months.