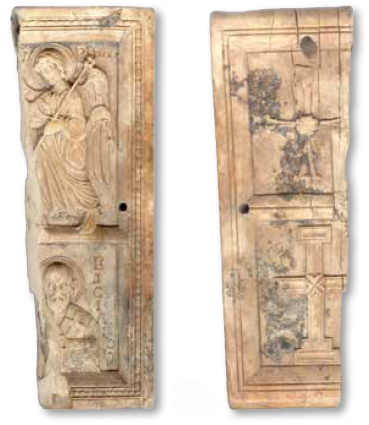 Archaeologists have unearthed a fragment of an ivory icon at the Byzantine frontier fortress of Rusokastro in southeastern Bulgaria. Depicting the archangel Gabriel and Saint Basil, the 3.2-inch-tall icon dates to the tenth century and was likely made in Constantinople on the orders of an emperor, says archaeologist Milen Nikolov of the Burgas Regional Historical Museum. “This was an expensive—very expensive—item,” says Nikolov, who is surprised that such an elaborate artifact made its way to the imperial frontier. He and his team discovered the object, which was once a wing of a triptych, beneath a large thirteenth-century building that was probably the residence of the local governor.