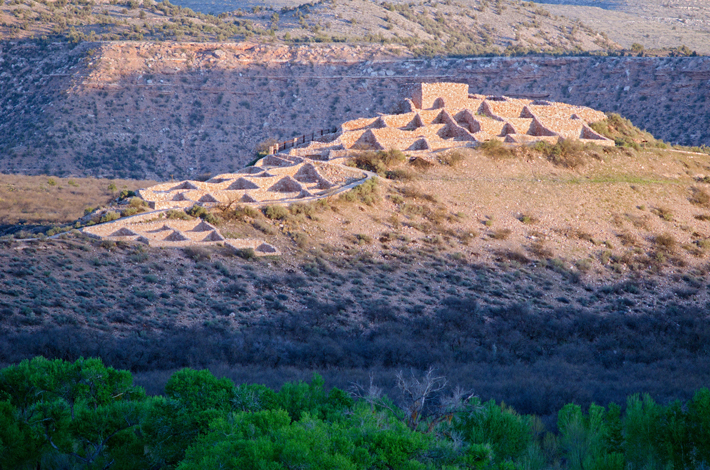 On a desert ridge in Arizona’s Verde Valley sits Tuzigoot National Monument, the ruins of a 110-room pueblo built about 1,000 years ago by a pre-Columbian culture archaeologists call the Sinagua. Tuzigoot was originally excavated in the 1930s with funding from the New Deal Works Progress Administration. It was also then that one of the first excavators, who was Apache, gave the site its name, which means “crooked water” in the Apache language. The history of the Sinagua people is shrouded in mystery, as they had abandoned Tuzigoot and other settlements in the area by the time the Spanish arrived. They are known for the remains of their pit houses and pueblos that dot central Arizona, as well as clay pottery called Alameda Brown Ware, and expansive, intricate petroglyphs that seem to whirl across rock faces. While the exact reason for the Sinagua’s departure from the Verde Valley remains unknown, Native American oral histories provide clues that supplement archaeological data. “Tuzigoot and other Sinagua settlements appear in the oral history,” explains Matt Guebard, chief of resources management and archaeologist at Tuzigoot. “Our interpretation of the site is absolutely informed by collaboration with native communities.” 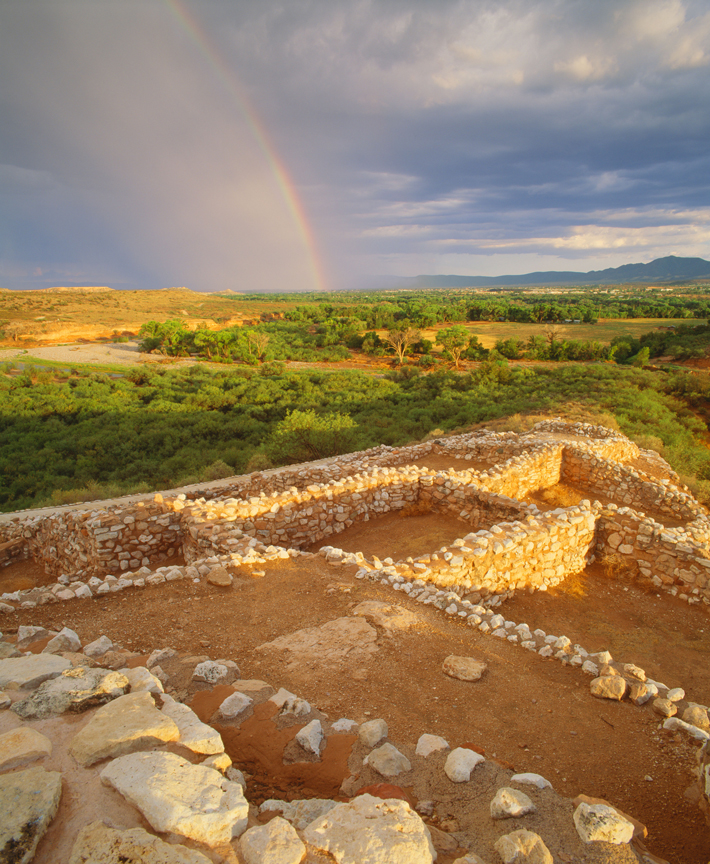 The ruin, which is currently a property of the National Park Service, ranges between two and three stories tall, and is looped by a circular path from which visitors can see into the pueblo and back down across the valley and the Tavasci Marsh. The first room visitors encounter, known as the plaza, is the only flat space on the hill and would have been used as a communal area. At the top of the pueblo, the Park Service has fully reconstructed a tower room to give visitors an impression of what the village looked like in its prime, when residents lived in close, apartment-like quarters.

Before climbing up to the pueblo, begin your tour at the visitor center, a building dating to the original 1935 excavations and designed to blend in with the ruins. Tuzigoot’s museum provides a historical overview of the Sinagua culture and displays artifacts uncovered from the site. In a day, an ambitious traveler can also take in nearby Montezuma Castle National Monument, another Sinagua pueblo ruin built into a sheer limestone cliff. The semi-abandoned copper mining town of Jerome, a popular tourist destination, is nearby, and Sedona is just over 20 miles away.