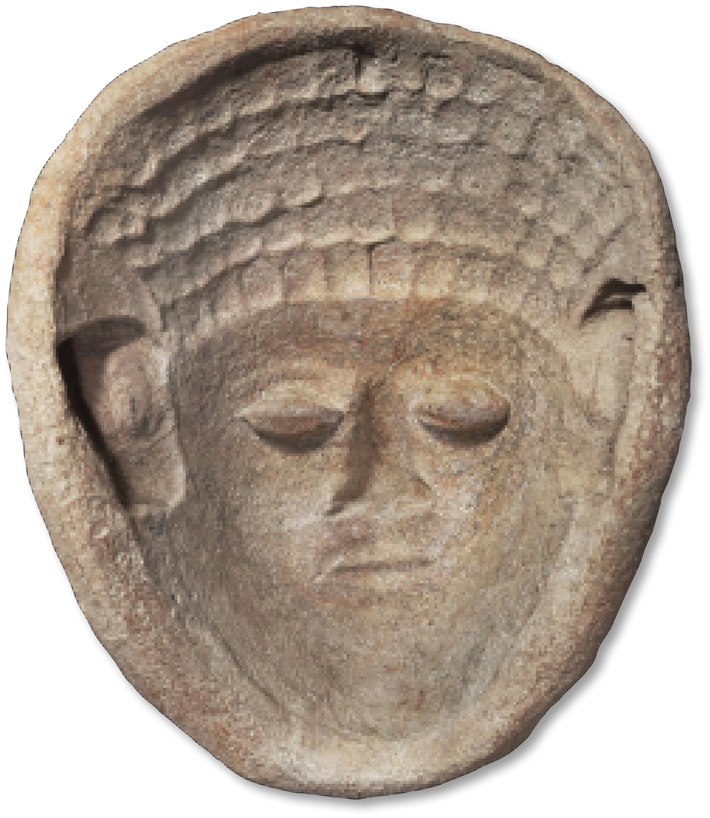 For many ancient Mediterranean cultures, there are particular types of artifacts with which they are most closely associated—for the Mycenaeans, it is tablets written in Linear B, for the Greeks it might be marble sculptures, and for the Romans, it may be the amphoras that transported Roman olive oil, wine, and fish sauce across the empire. For the Phoenicians, who inhabited the eastern Mediterranean in the second and first millennia B.C., perhaps the most characteristic artifacts are clay masks. Although these masks have been found from Phoenicia all the way to Spain, this is the first time a mold used to make such a mask has been discovered. “The artifact is exceptional because there are no other known clay molds of anthropomorphic masks, it was found in a sealed context, and it’s almost complete,” says archaeologist Michael Jasmin of the French National Center for Scientific Research.

Despite their ubiquity, however, and unlike tablets or sculptures or amphoras, the function of these masks is not so evident. The Tel Achziv mask mold was found with pottery bowls, chalices, and goblets in an assemblage that, says Jasmin, would likely have been part of a religious or mortuary ritual. “It may have been used during a funeral, then placed in a tomb with the deceased to retain a ‘face’ in the afterlife,” says Jasmin. “We don’t think it represents a specific person, but rather a generalized portrait of a young Phoenician man with distinctive local, ethnic physical traits. Even though facial details such as beards were painted on, these masks don’t seem to represent real people.”