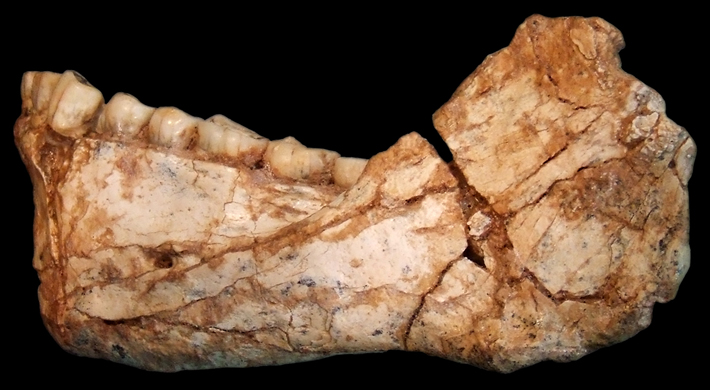 Excavations at Jebel Irhoud, near Morocco’s west coast, have uncovered the 300,000-year-old bones of some of the earliest members of the Homo sapiens lineage. Human bones were first discovered at the site in 1961, and their strange combination of archaic and modern features intrigued scientists, who guessed they belonged to Neanderthals and dated to about 40,000 years ago. In 2006, a team led by Jean-Jacques Hublin of the Max Planck Institute for Evolutionary Anthropology reopened excavations at Jebel Irhoud. This year, they revealed their results, providing a glimpse of the earliest members of the ancestral line that led to modern humans.

The Jebel Irhoud hominins apparently lived 350,000 years after Neanderthals and Homo sapiens last shared a common ancestor, long enough for the two lineages to develop some obvious differences. The people of Jebel Irhoud had flat and short faces like modern humans, but their brains were more elongated and their teeth much larger. Their brow ridges were also more prominent than those of humans living today, but not as heavy as those of Neanderthals.