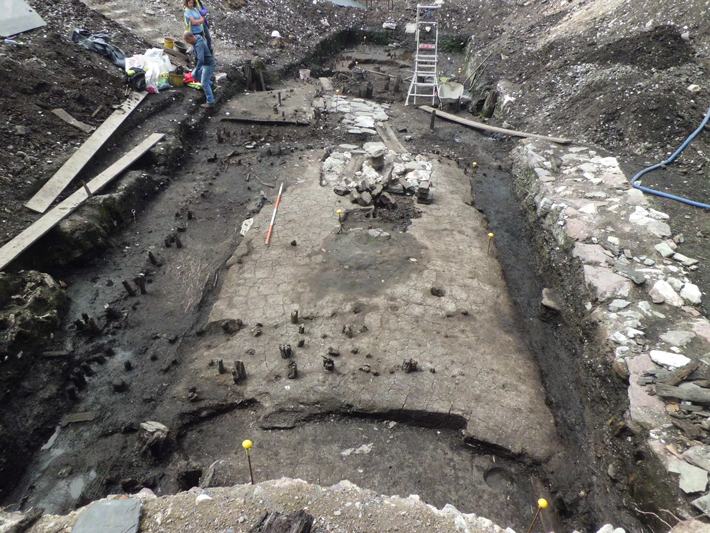 Recent excavations in Cork, Ireland, conducted ahead of construction at the former Beamish and Crawford Brewery in the city’s historic center have uncovered the remains of 19 eleventh- and twelfth-century Viking houses and more than 50 wooden artifacts. The objects, found among the house foundations, are carved in Ireland’s Viking Age Ringerike style, a fusion of Norse and native Irish cultural elements. They include a 12-inch-long weaver’s “sword” used for hammering threads and making patterns on textiles woven on a loom, as well as a decorated wooden thread winder. According to Maurice Hurley, lead archaeologist on the project, a roughly 1,000-square-foot section of the site revealed nearly 100 years’ worth of Viking-style house-building on the same lot, exposing the Scandinavian influence at the city’s core. “The Norse origins of Dublin and Waterford are better attested and better proved archaeologically than those of Cork to date,” Hurley explains. “But now I think we have a much stronger body of evidence showing that the cultural sphere of all three cities is very similar.”