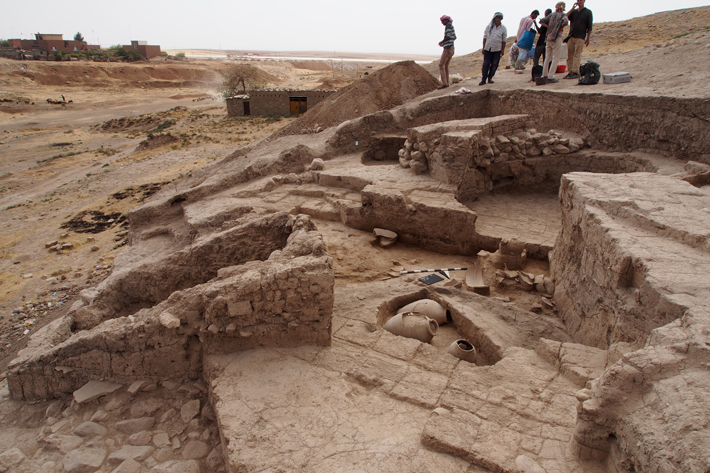 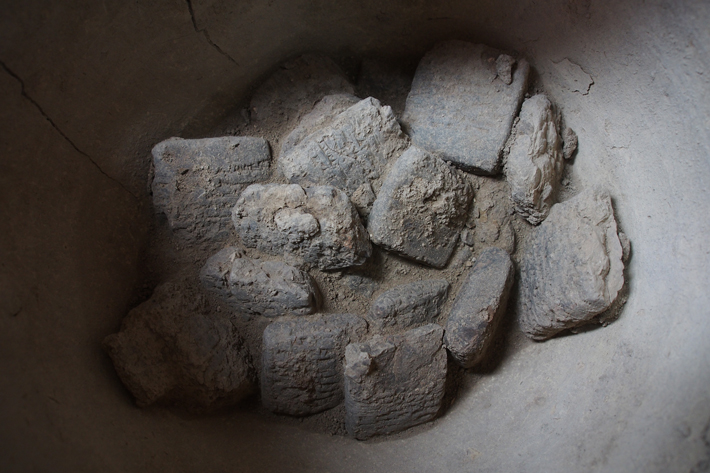 Archaeologists excavating a Bronze Age Assyrian city in Iraqi Kurdistan have unearthed a cache of almost 100 cuneiform tablets. Led by the University of Tübingen’s Peter Pfälzner, the team discovered the archive under the remains of a large public building that had been deliberately destroyed in antiquity, most likely during an enemy attack. Dating to about 1250 B.C., most of the tablets were in a ceramic pot that had been buried in a thick layer of clay, probably after the city was sacked. “We think the tablets were originally stored in that building, and that they remained in their original position after the structure was destroyed,” says Pfälzner. “They could have protected them somewhere else, so there must have been some importance behind keeping the archive there.” Most of the tablets are badly worn and have not yet been deciphered, but one fragment that has been translated mentions the temple of Gula, a Mesopotamian goddess of healing, a hint that the building may have been that deity’s sanctuary.