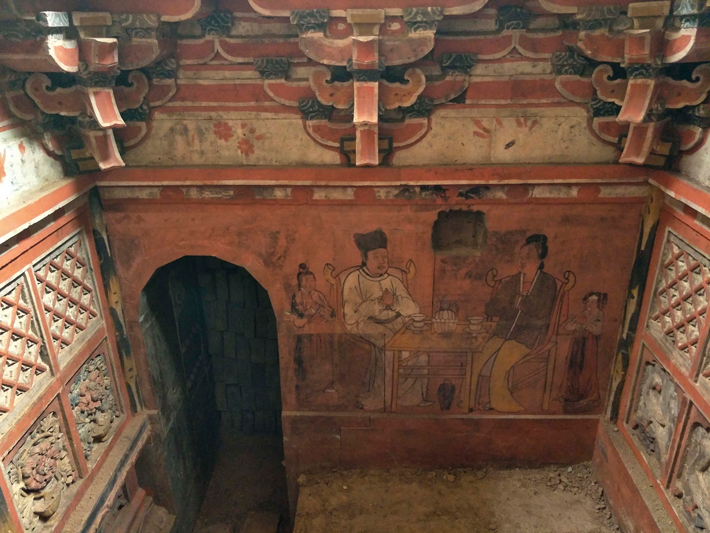 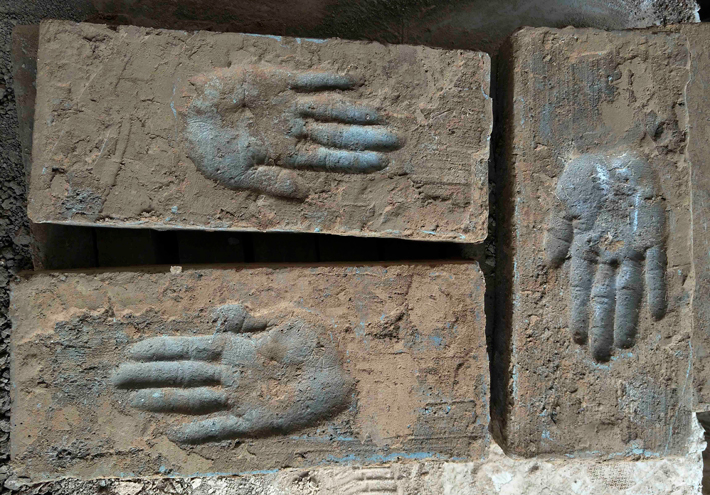 A villager in the northern Chinese province of Shanxi was renovating a house when he was shocked to discover it was built over an ancient tomb. Archaeologists called in to excavate the site dated it to the Song Dynasty (A.D. 960–1127) and found that the burial chamber had been decorated with tile carvings depicting horses and flying deer, as well as an elaborate fresco of a lavish family feast. “It’s a glimpse of real life during the Song Dynasty,” says Zhong Longgang of the Shanxi Provincial Institute of Archaeology, who supervised the dig. “We think the party fresco depicts the people who were actually buried in the tomb, and it gives us a look at the clothing, diet, and etiquette of the period.” Many of the tiles recovered from the tomb have impressions of palm prints, which may have served as the signatures of the artisans who made them.