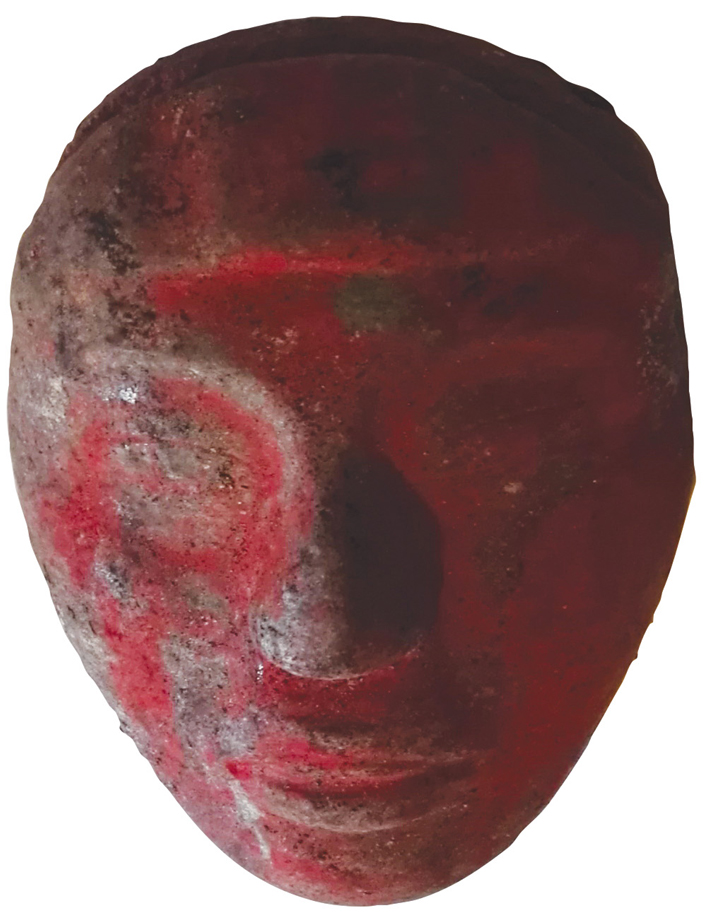 While tunneling beneath a ceremonial platform in the palace complex of the ancient Maya site of Waka’, a team of archaeologists led by David Freidel of Washington University in St. Louis uncovered the tomb of one of the city’s early rulers. The burial chamber contained a set of ceramic cups and a spouted vessel that may have been used to serve a powerful hallucinogenic drink. Pottery styles suggest that the grave dates to between A.D. 300 and 350. Archaeologists also found a small jade mask covered with cinnabar, a bright red pigment, with the skeleton. The mask may have been worn on a belt as an ornament that portrayed a royal ancestor. A rectangular symbol on the mask’s forehead seems to link the ruler to the Kaanul kingdom, a powerful nation that fought for centuries against the kingdom of Tikal, just 45 miles away from Waka’.