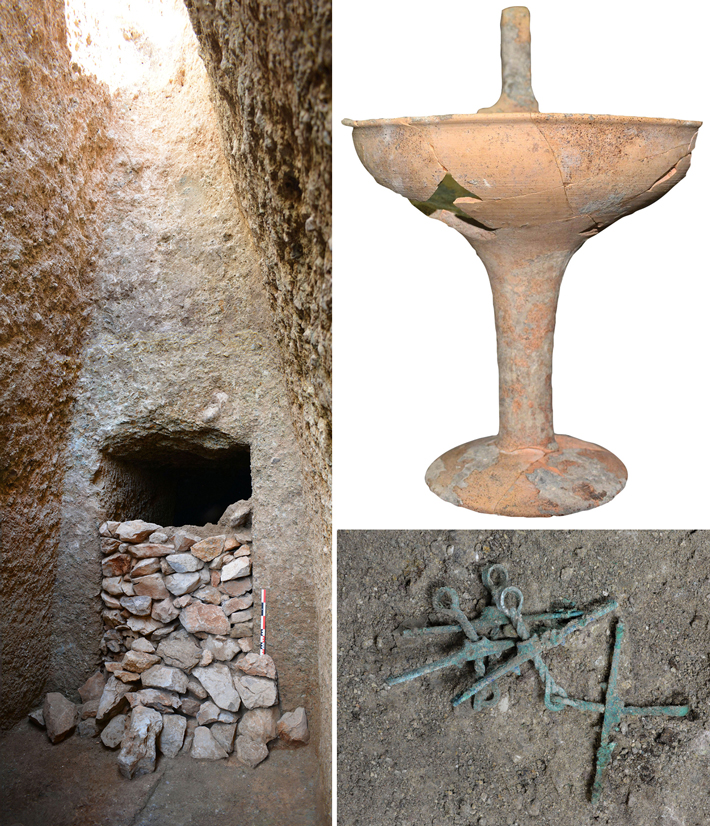 A monumental rock-cut chamber tomb has been excavated in central Greece near the ancient city of Orchomenos, the most important regional center during the Mycenaean period. In a cemetery of similar structures, this tomb is distinguished by its size—at 452 square feet, it is the ninth largest of the more than 4,000 Mycenaean chamber tombs excavated over the last 150 years, says University of Cambridge archaeologist Yannis Galanakis. It is even more notable for its contents, which include the remains of one man and a substantial amount of jewelry. “Mycenaean rock-cut chamber tombs were used for multiple burials, so to find only one burial is extraordinary,” says Galanakis. The artifacts have also surprised scholars. “There is very little painted pottery, which is always found in contemporary tombs,” explains Galanakis. “But there is a lot of jewelry, which previously has been ascribed to female burials. Now we can ask why certain objects were selected while others weren’t.”