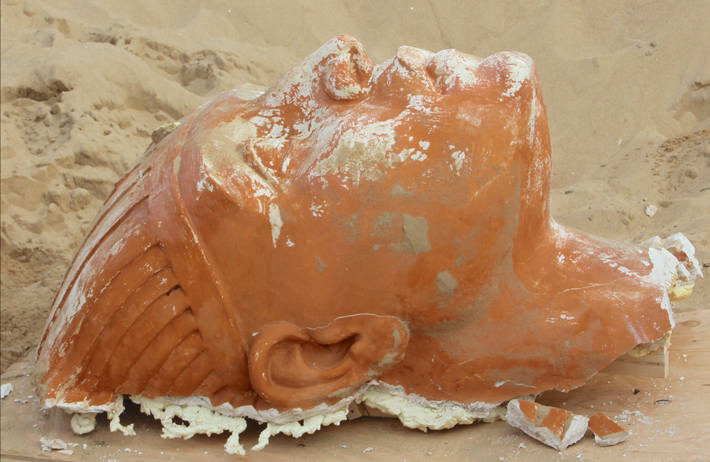 A piece of American cinematic history has been uncovered in California’s Guadalupe-Nipomo Dunes. Researchers have removed the head of a 13-foot-tall plaster sphinx built for Cecil B. DeMille’s 1923 silent film The Ten Commandments, one of 21 sphinxes designed by French artist Paul Iribe for a massive Egyptian Exodus set. Since the 1990s, efforts have been under way to find remains of the set, which DeMille deliberately buried to prevent other filmmakers from using it. According to Doug Jenzen, director of the Guadalupe-Nipomo Dunes Center, rapidly shifting sands will soon leave the remaining material vulnerable to disintegration, allowing little time to save evidence of a pivotal moment in U.S. popular culture. “These silent films were successful enough that the production companies were willing to experiment at great expense,” he says. “If they had tanked, perhaps we wouldn’t have Gone with the Wind and The Wizard of Oz. If these movies had flopped, we wouldn’t have the blockbuster films we have today.” 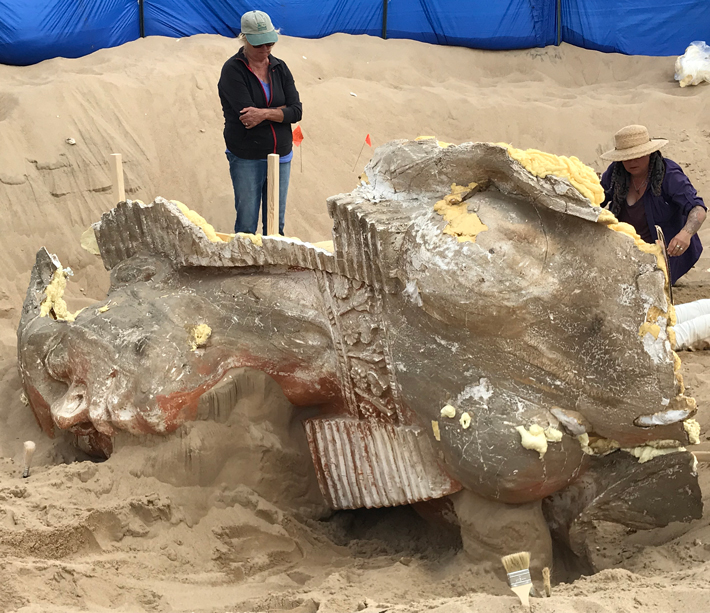