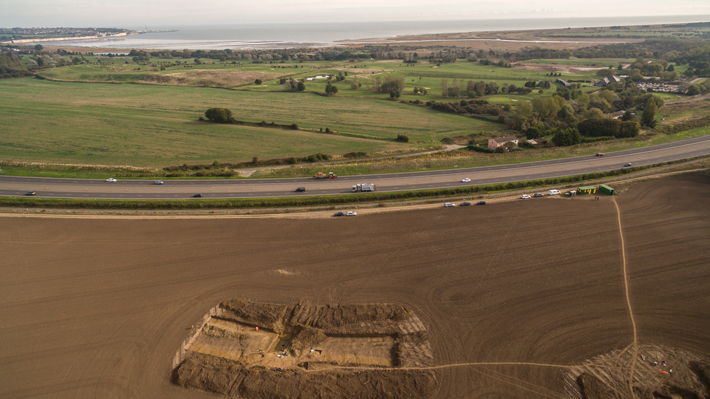 Almost one hundred years before the Roman Empire conquered Britain, Julius Caesar invaded the island in 55 B.C. and again the following year. The exact locations of his landings have been debated, but recent evidence suggests that one occurred at Ebbsfleet, at the Isle of Thanet in eastern Kent. During construction of a modern road, workers discovered a large ancient ditch measuring around 15 feet wide and six feet deep. Objects found nearby, including Roman weapons, indicated that it was constructed around the middle of the first century B.C., and its size and shape are consistent with Roman defensive networks of that era. Archaeologists believe that Caesar’s army built a temporary fort at the site to protect his fleet of 800 ships. “The wider significance of the discoveries at Ebbsfleet is to refocus attention on the aftermath of Caesar’s invasions,” says University of Leicester archaeologist Andrew Fitzpatrick. “Caesar never intended to stay in Britain,” he adds, “but we theorize that the peace treaty he concluded then paved the way for the eventual invasion and permanent occupation of the Romans in A.D. 43.”