While excavating three Byzantine churches in Galilee, archaeologists from Kinneret College on the Sea of Galilee uncovered seven intact mosaic inscriptions that are beginning to fill in the story of small-village life in the fifth century A.D. The inscriptions are in Greek, and by virtue of mistakes in the language, Mordechai Aviam, who directs the project with historian Jacob Ashkenazi, who read the inscriptions, believes that the town and surrounding area was populated during the Roman period by a local Semitic people who were pagans. By the mid-fifth century, they had converted to Christianity. One inscription, one of the longest found to date in western Galilee, gives the names of donors and the names and positions of church officials, including Irenaeus, the bishop of Tyre in 445. “The first importance of these mosaics is that they give us good, dated inscriptions,” Aviam says. They also connect this small, unknown village to the larger Byzantine world.

Another mosaic mentions a woman named Sausann (or Shoshana) as a donor to the church’s construction. This inscription, the first in the region to mention a female donor, “tells us that even in the smallest villages in rural Galilee in the Christian period, women supported ecclesiastical structures and that there were women who had strong personal, social, and financial positions,” says Aviam. 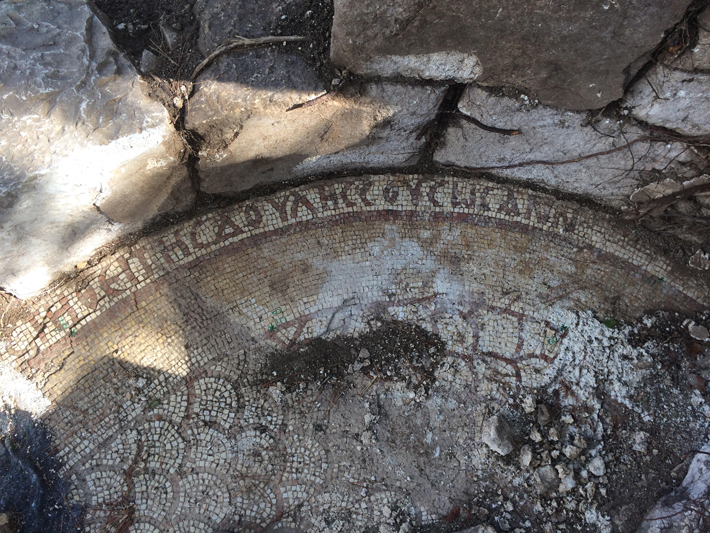