During the Iron Age, people in what is now Leicestershire, in the Midlands region of England, generally lived in village-like settlements devoted to farming. But the discovery of 11 complete or nearly complete cauldrons—along with a scattering of other artifacts—buried at the site of Glenfield Park and thought to date to the third or fourth century B.C. suggests that people from the surrounding area were drawn there to partake in large feasts. “These gatherings may have taken place at significant times of the year—festival times or rites of passage,” says excavation director John Thomas of University of Leicester Archaeological Services. “Feasting is thought to have played an important social role within Iron Age society, and it may have helped bring the wider community together and increased opportunities for social interaction.” 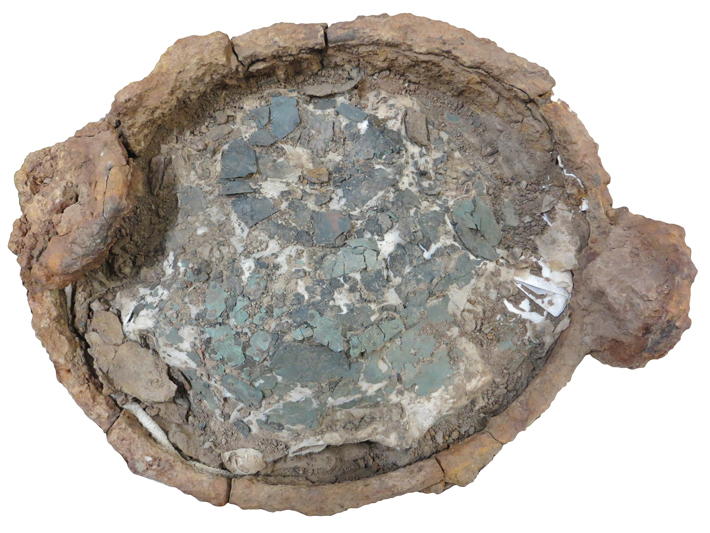 Given the cauldrons’ fragility and size, they were removed from the site in blocks of soil. They were then CT scanned, revealing extensive patching at the bottoms of the copper-alloy bowls, indicating a long history of intensive use. So far, one of the vessels has been excavated in the lab at Museum of London Archaeology. Its base was covered with a thin layer of soot, presumably from the last time it hung over a fire. Thomas says the cauldrons were likely used to serve beef stew, oat porridge, or alcoholic drinks such as mead.