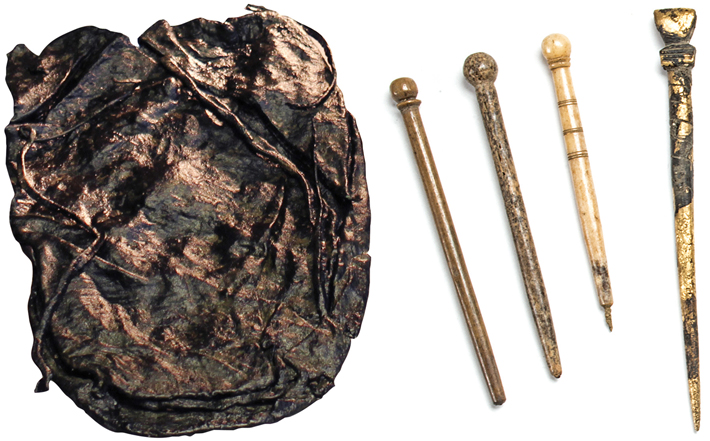 One of the largest urban excavations ever conducted in Oxford, England, has revealed artifacts relating to the lives of medieval students and clergy at the city’s famous university. Hundreds of items recovered from the site of Greyfriars, a Franciscan friary connected with Oxford, founded in 1224 and closed in 1538 during King Henry VIII’s dissolution of the monasteries, include writing styluses, book clasps, leather sandals, and glass vials possibly used for experiments, as well as animal bones, cutlery, beer mugs, and jugs for storing wine. According to Ben Ford of Oxford Archaeology, ample evidence of eating and drinking suggests pleasures of the table held considerable importance for the community. “We are looking in particular at the food remains,” he says. “Did they adhere to their vow of poverty, and did this change through the life of the friary? Are there any indications of higher status foodstuffs, and how did the diet of the friars compare to that of the ordinary townsfolk?” 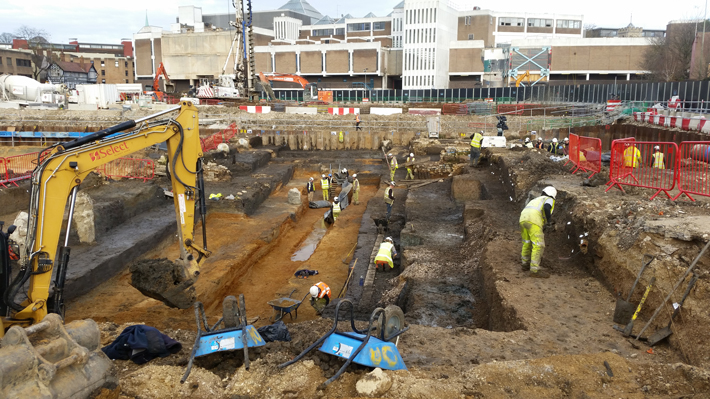