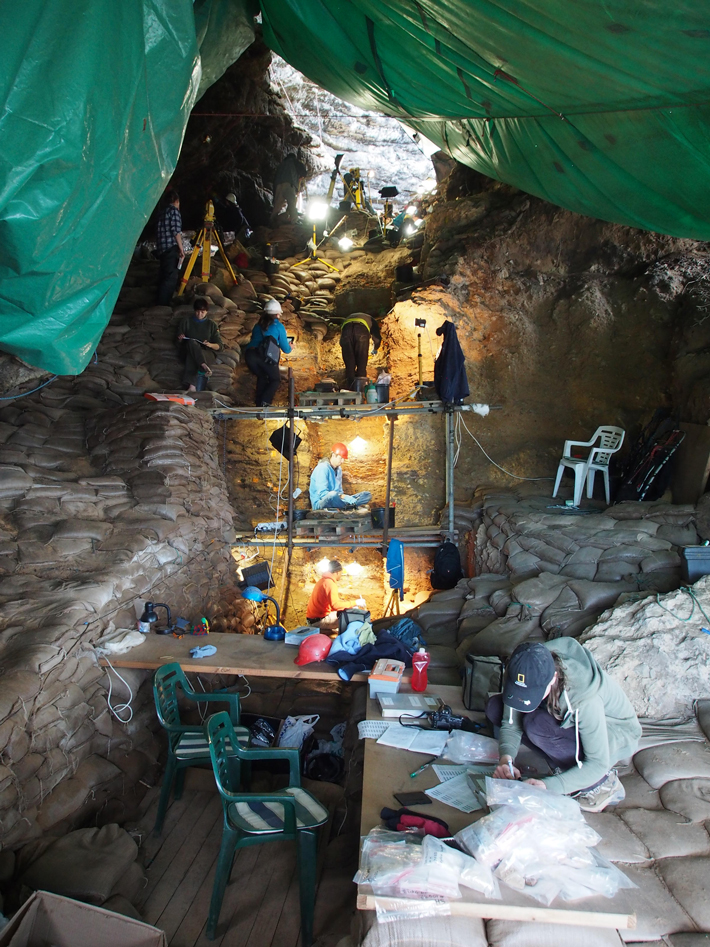 The cataclysmic eruption 74,000 years ago of Sumatra’s Mount Toba caused a volcanic winter and may have nearly annihilated the earth’s human population. The search for evidence of that eruption has contributed potentially groundbreaking advances to archaeological dating. Working at two sites on the coast of South Africa, researchers have discovered a layer containing glass shards from the blast that fell over a two-week period and are invisible to the naked eye. The precise time frame provided by the shards can serve as a control to test methods for dating rock shelters and other sites occupied millennia ago. “We’ve now sampled several other cave sites in South Africa looking for evidence of the Toba eruption,” explains archaeologist and paleoanthropologist Curtis Marean. “If we can find it, we can align those chronologies to a two-week precision—which is unprecedented.” As for the people living there, shell midden and toolmaking evidence suggests they survived, and even grew more productive. Marean says, “Hunter-gatherer economies are resilient because they can switch resources when needed.”