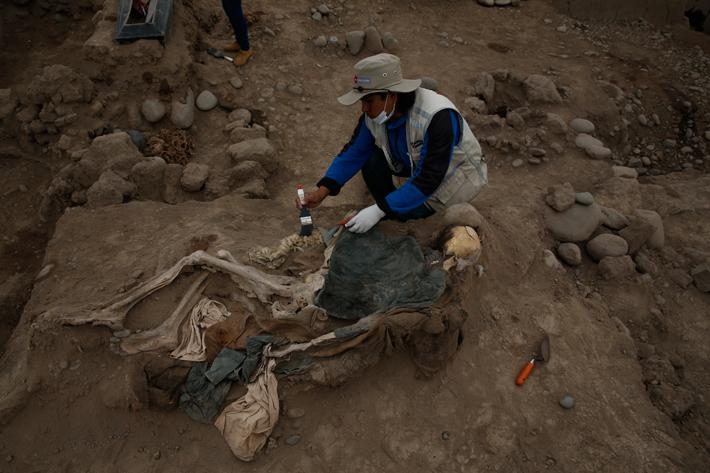 Chinese laborers were brought to Peru in the mid-1800s to harvest cotton and sugar after slavery was abolished in 1854. Some later returned home—but many more stayed. Evidence is now coming to light that hints at the character of their lives in their new homeland.

Peruvian archaeologists have excavated the bodies of three workers buried with an array of Chinese artifacts. Wrapped in blankets and resting on the earth or interred in simple wooden coffins, all three were found while gas lines were being laid in Lima’s Carabayllo district. The bodies were well preserved, indicating they were mummified either artificially before burial or naturally by the arid climate. One man was buried naked, his clothing folded on his torso, with an opium pipe and tarot cards. Two others were dressed in tunics, typical of Chinese laborers of the time, and sandals. One had a straw hat. “They wanted to leave with objects that accompanied them in life,” says archaeologist Cecilia Camargo. They also likely wished to maintain their native traditions. 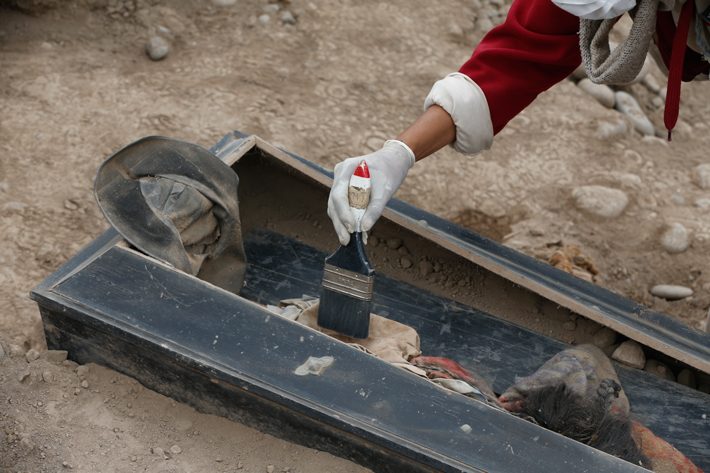 In what appears to be a larger burial discovered at the summit of an Inca-era burial mound in Lima’s Santa Anita district, archaeologist Roxana Gómez of the Ministry of Culture excavated the remains of 30 Chinese immigrants between 2015 and 2017. Chinese people were excluded from Catholic cemeteries, accounting for their burial in a pre-Hispanic site, she says. The deceased probably worked at nearby farms as indentured laborers.